1985′s Gauntlet was an amazing game that I spent way too many hours (and quarters) playing in the arcade. So I’m excited for its return so I can add even more hours to my record. Gauntlet fans have been waiting for this for some time. 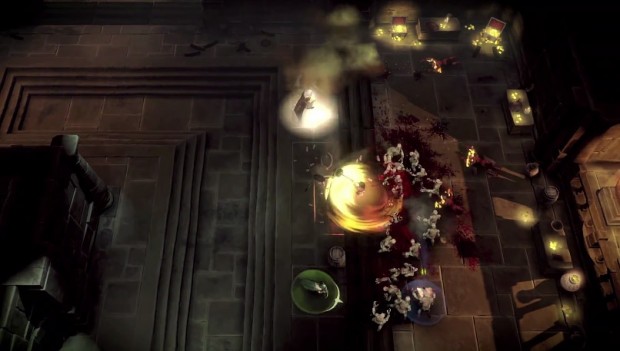 Arrowhead Game Studios is developing the game and it will be a top-down co-op action RPG for PCs (with Steam integration). All of your favorite characters will be back. Which will you play?

Each character will have its own strengths and weaknesses. The Warrior does the most damage in melee combat; the Wizard has the most powerful magic; the Valkyrie has the most armor, and the Elf is the fastest. Pretty much what you would expect. Check out the trailer for some gameplay footage:

It looks pretty awesome to me. The dungeons look a bit too much like Diablo III, but I can live with that, given that Diablo quite possibly wouldn’t exist if not for the original Gauntlet.