Iron Man 2 may not have been one of the best Marvel movies made, but it had a lot of nice details and eye candy. Which is great for merchandising. Take the scene on the race track where Tony Stark’s armor comes to life from a suitcase. That was probably the best scene in the movie, so of course you can now buy that suitcase – as a battery pack. 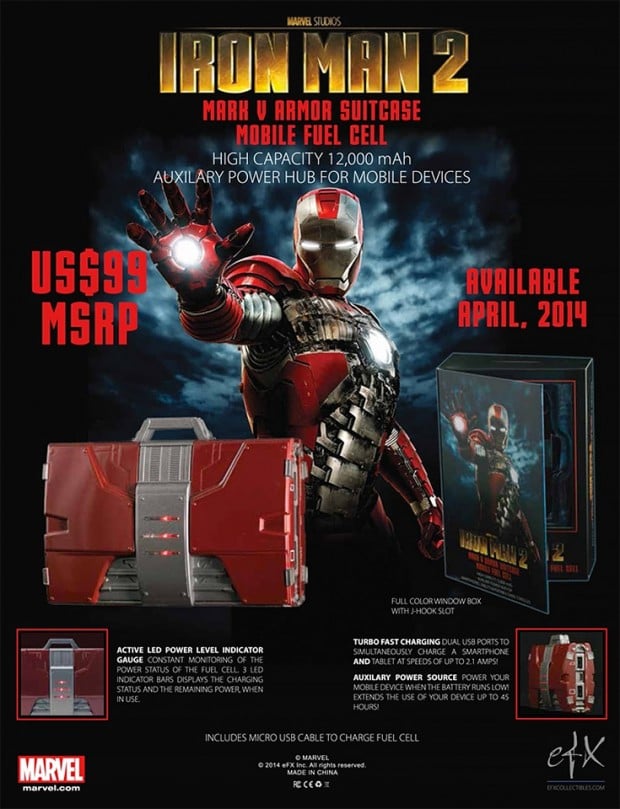 It won’t turn into armor, but this prop replica will power your gadgets. The Mark V armor suitcase fuel cell is a 1/4 scale replica, and it was made from official Marvel references like the original prop and 3D digital files. Inside, it’s got a large 12,000 mAH battery pack, and the lights on the side of the briefcase indicate the power level remaining. 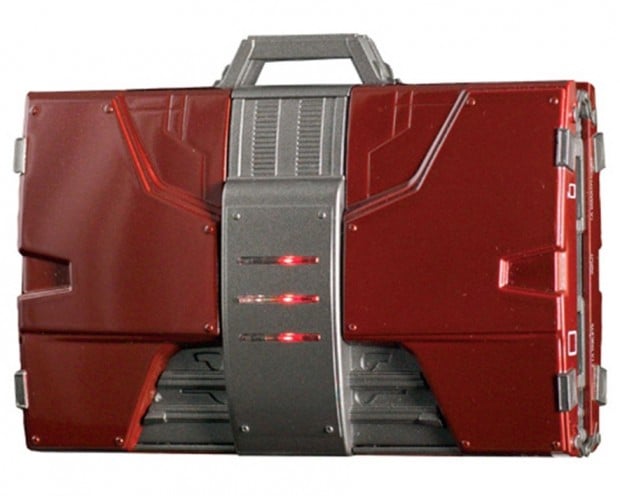 It looks awesome and makes for a kick-ass power for your phones, mobile devices, and gaming consoles. You can pre-order it for $99.99(USD) over at BigBadToyStore.

Of course, if you really want to splurge, you could go for this full-size Iron Man 2 briefcase replica over on eBay.