This is what 80’s rockers would have looked like if they were robots. This robotic band goes by the name Z-MACHINES. It sounds like a human band if you close your eyes, but if they are open you know that they are robots, ready to kill us after the show. 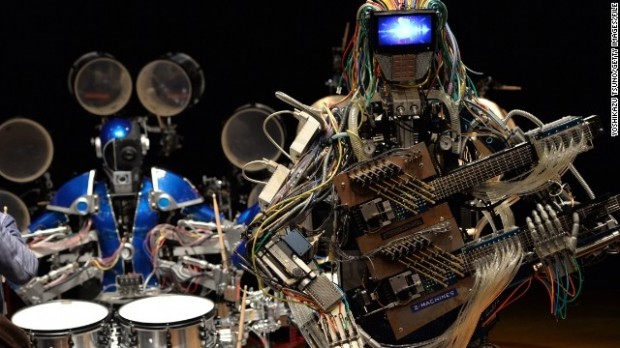 The bot called March bangs multi-colored cables in time to the music. Behind him, the drummer Ashura has 22 arms and is playing four times faster than a human. Cosmo is the keyboardist with green lasers hitting each key. The guitarist has 78 fingers, and can shred way faster than you can:

This robo-band was created by engineers at the University of Tokyo and uses around 300 kilowatts of electricity. They are a big hit in Japan since they made their stage debut at a “Future Party” in Tokyo last year.

It’s all fun and games until no one returns from their concerts. 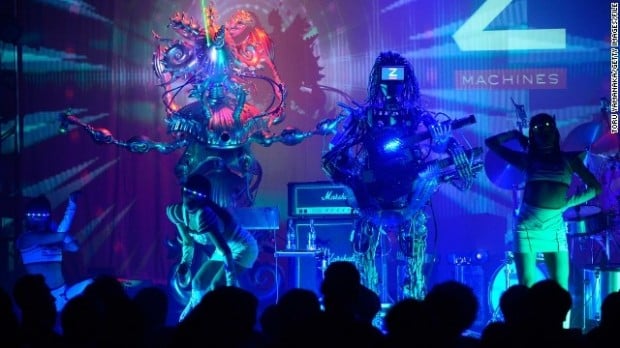 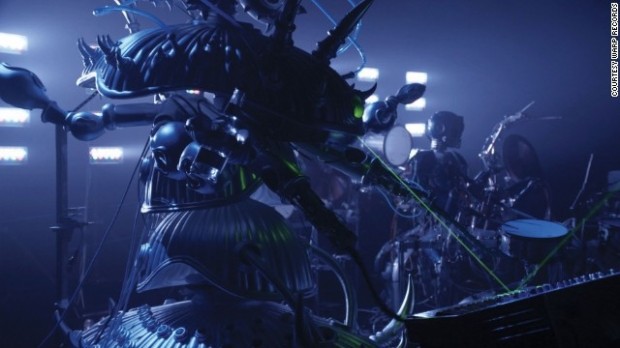 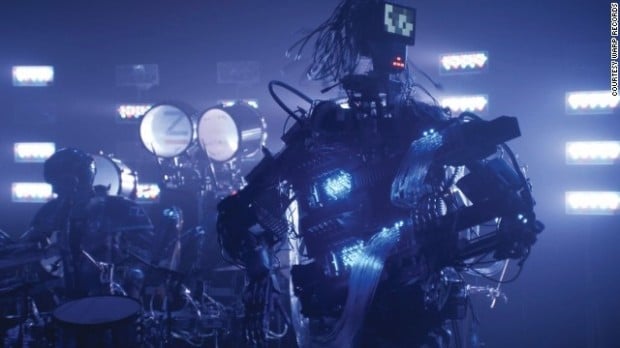 [via CNN and The Awesomer]