A Slow Day in Afghanistan

What do you do when you are deployed in Afghanistan and you have way too much down time? Sounds like a good problem to have in Afghanistan. Well, Redditor b3tarded is there and made the most of his or her downtime by creating a Mario mural. They could have read books, or slept, or got into some trouble. Instead they created a great piece of geek art. 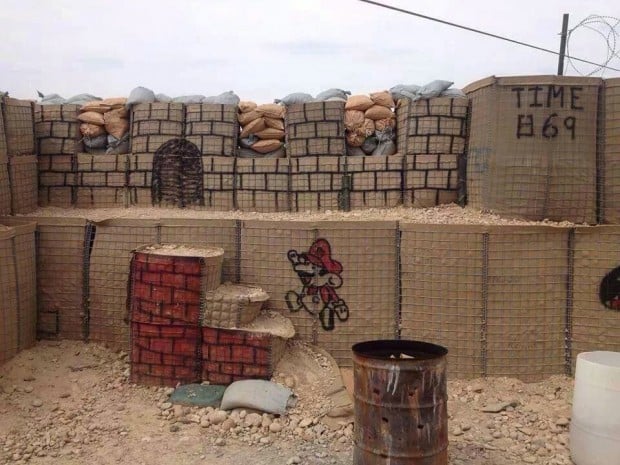 The scene included pipes, bricks and even the timer. They did a pretty good job, given the limited resources on hand. It likely also helped to cheer up a bunch of other soldiers.

You are a true geek sir or madam. Awesome job.

[via Gamefreaks via Nerd Approved]