Late last year I talked about the DIY Gamer Kit, which contained all the parts you need to assemble your own handheld game console. In other words, the kit introduces you to video game hardware. Aurélien Rodot’s Gamebuino on the other hand comes fully assembled and is intended to get you into video game software. 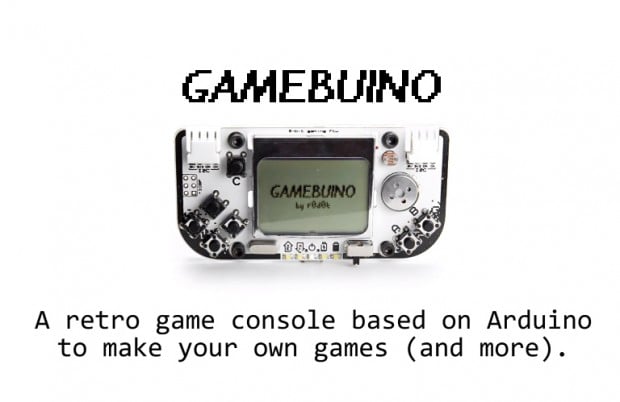 The Gamebuino has an ATmega 328 microcontroller, an 84 x 84 monochrome display with automatic backlight, six buttons, a 4-channel speaker and a 240mAh battery. It also has four ports: one microUSB, one microSD and two I2C ports. While the DIY Gamer Kit is also based on the Arduino language, Aurélien made a software library for Gamebuino, which includes a graphics engine, a game engine, sound effects, user interface and more. Coding a Gamebuino game will be easier and faster because you don’t have to start from scratch.

Aurélien says he’s already finalized the Gamebuino’s hardware, the software library and a few sample games. Right now he’s working on a browser that will let you load and switch between games from a microSD card. He’s also going to make tutorials and setup an online community to make it easier for newbies to get help. Pledge at least €35 (~$48 USD) on Indiegogo to get a Gamebuino – and priceless knowledge – as a reward.