Check out the image below and look at it closely. It’s an old and blurry image in black and white from the 60’s, but you can see clearly that is a Ford Mustang on top of New York City’s iconic Empire State building. The car was put up there as an advertising stunt to celebrate the launch of the original 1965 Mustang convertible. 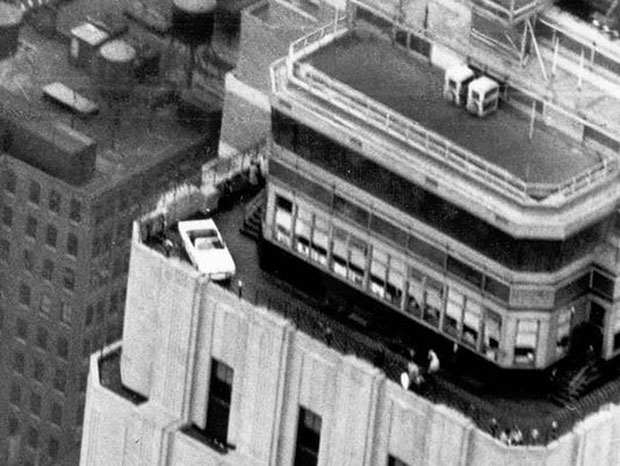 If you are wondering how the car got up there, engineers took the car apart into three major chunks and reassembled it on the observation deck of the building. Ford plans to recreate this marketing stunt for the all-new 2015 Mustang convertible.

The new Mustang will be carried up the elevator as well and sit atop the observation deck of the building for two days during the New York Auto show this April. The engineers are still working out how exactly they will take the much larger modern Mustang apart and reassemble it on top of the building with only a 6-hour window of opportunity.

If you’re fortunate enough to be in town between April 16th and 17th, the car will be on display from 8am to 2am on the building’s observation deck.