Back at the end of 2012, I mentioned a company had created an interesting game controller for Android smartphones and small tablets called the PhoneJoy. The controller turned up on Kickstarter and raised about $70,000 within a few months to come to market. Now over a year after the controller hit Kickstarter, the PhoneJoy is finally shipping. 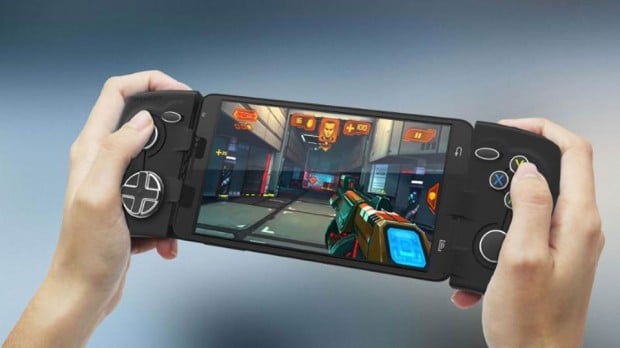 The controller is designed to slide apart and allow the phone to be placed between the two halves of the controller, and can work in either landscape or portrait modes. It works with most smartphones, regardless of size, and even can handle 7-inch tablets. It has dual analog sticks, a D-pad, and multiple buttons. When not in use, it folds down to be about the size of a typical wallet.

According to its maker, there are already hundreds of games which will work with the controller out of the box.