This clock by Instructables member dodgey99 uses an Etch A Sketch to draw the time, then flips over to erase the markings and update the time. It’s the kind of clock you would expect to find in one of Doctor Who’s TARDIS rooms, along with other strange and cool stuff. However, this one is right here and now on Earth. 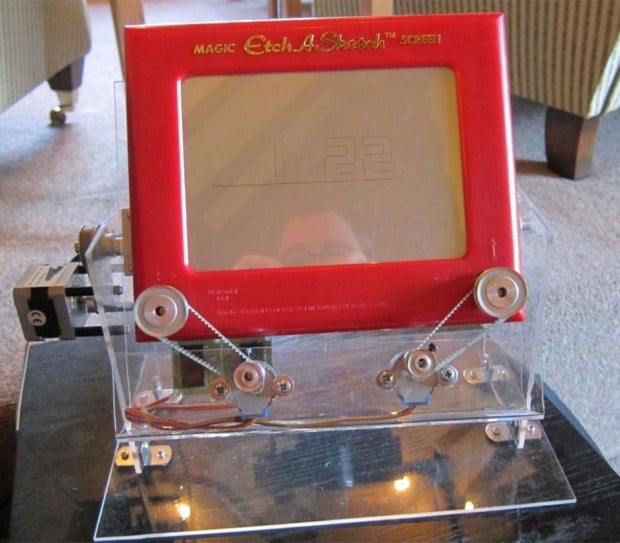 Its creator adapted a pre-existing body of code that used stepper motors to write random lines on an Etch A Sketch. He rewrote the program so that it would not only compose specific lines, but reset the stylus on an analog device. The motors are directed by an Arduino. Pulleys connect the knobs to a pair of overpowered stepper motors mounted on a frame of acrylic sheets. Despite being a bit slow at drawing the time, it’s still genius.

Check out the video. Great job dodgey99. I want one.