Darth Vader Toaster: Your Lack of Butter is Disturbing

This Darth Vader toaster will use the force to turn your bread over to the dark side. Or at least golden brown. And of course it also burns the image of the Dark Lord of the Sith and the Star Wars logo onto your toast. 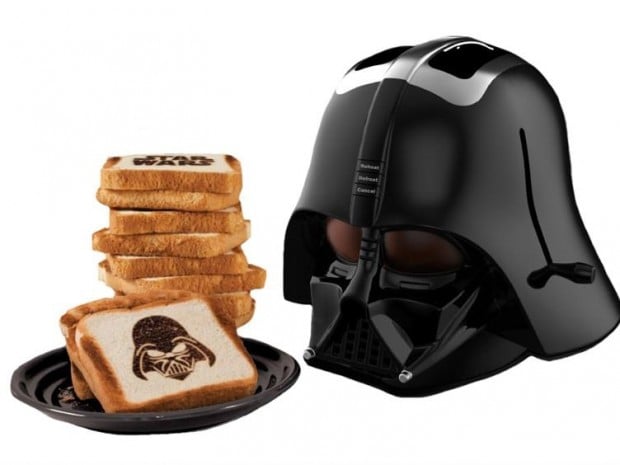 As if that isn’t cool enough, the toaster itself is shaped just like Darth Vader’s helmet. So if you have always wanted to cook with Vader’s cranium, this is the toaster for you. If you don’t have one, you are just not a nerdy-enough Star Wars fan.

It will cost you $44.99(USD) from bigbadtoystore. Preorder it now for delivery this July and feel the dark side of the toast.