When I was a kid I can recall wanting to see Howard the Duck at the theater. It was from George Lucas, the Star Wars guy in my juvenile mind, so it had to be awesome. Right? I never got to go to the theater and see it, but I watched as soon as it hit VHS and it sucked so bad it wasn’t even funny. Lea Thompson helped things a little by being in her underwear a few times, but that was pretty much the sole bright spot for me. 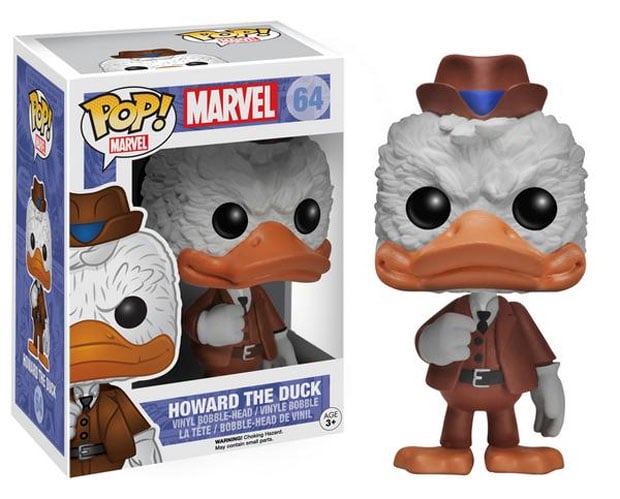 The film went down as one of the biggest flops in cinema and is know probably best known for being bad than anything else. Thanks to his appearance at the end of Guardians of the Galaxy, Funko is getting ready to launch a Pop! vinyl bobble head figure of Howard the Duck.

The bobble head will set you back $9.99(USD). Howard will hit stores in December making it easier to remember the terrible movie, and that brief moment of joy at the end of Guardians.

Frankly, Howard the Duck always reminded me of a big and very creepy Donald Duck.