The Batman 75 Sweepstakes Promises Enough Swag to Fill Your Batcave

On March 30, 1939, Bill Finger and Bob Kane introduced the world to the rich orphan that could: the Batman. Warner Bros. Entertainment and DC Entertainment have prepared a year-long celebration for the Caped Crusader’s 75th birthday, most of which involves getting you to buy more stuff from them. A notable exception? The Batman 75 Sweepstakes. 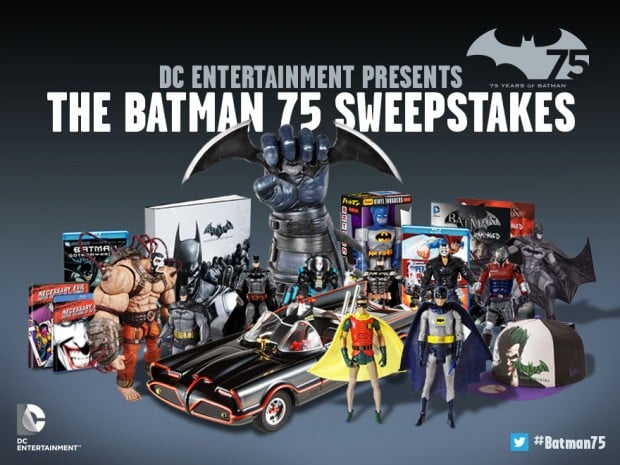 Until May 7th, US residents can log on to The Batman 75 Sweepstakes page and submit one entry per day for a chance to win a ton of goodies. The prize includes copies of Batman video games, Blu-ray and DVDs of Batman films and series as well as toys, action figures, collectibles and apparel.

Swear to me and check out the contest’s official rules for the full list of merchandise.

[via DC Comics via Bleeding Cool]