Triptych Collectible Card Game: Anything vs. Everything

Many geeks – myself included – have sometimes passed the time by debating who would win if this famous person squared off with this superhero, and so on. The upcoming collectible card game Triptych is a lot like that. The game features characters both fictional and real as well as other entities and geeky concepts.

At the core of it, Tryptich is a game of addition. Each card has a number on the top right corner. Players form a deck of 30 cards, but the total value of the cards in the deck must not exceed 120. Each round players draw three cards, and the player whose cards have the highest total value wins the round. Of course, it won’t be much of a game if that’s all there is to it, so the makers of Triptych added card types and abilities to the mix. For instance, George Washington has an ability called Revolution, which lets you subtract 5 to the value of a card with the royal or leader type. 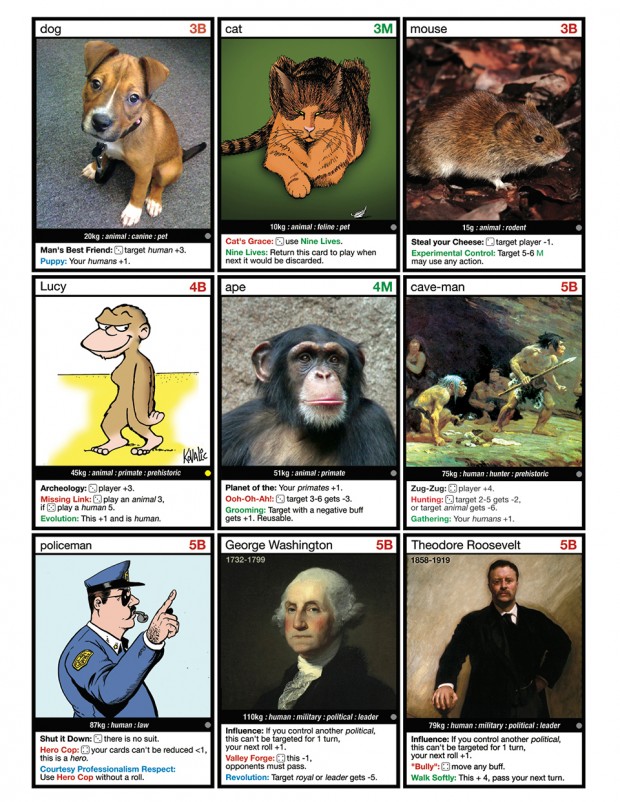 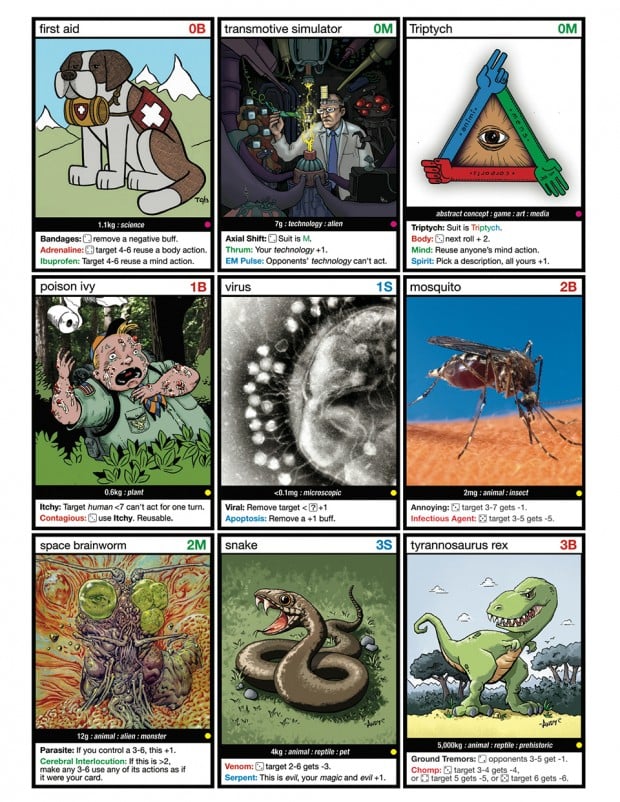 After playing Rock, Paper, Scissors, each player takes turns playing one card at a time, activating a usable ability if they choose and immediately resolving its effects. When both players have played three cards each, you then add the final value of your cards. As you can see, because of the abilities the individual values of the cards have most likely changed at this point. The player with the highest total card value wins the round.

The loser must then remove cards from his or her deck equal to the point differential between their total card values, e.g. if you scored 20 and your opponent scored 25, then you have to remove 5 cards from your deck. The game ends when one of you runs out of cards, with the winner naturally being the one with a card or cards remaining in his or her deck. 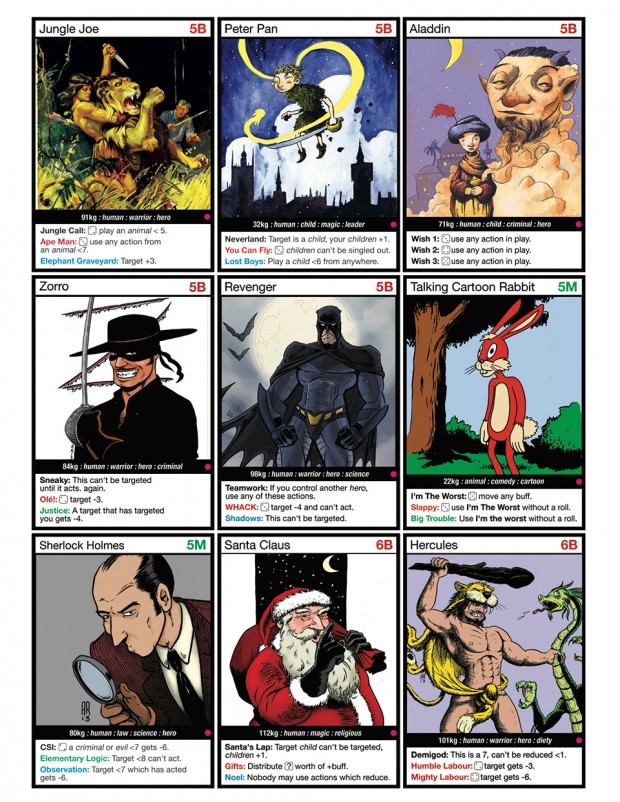 Those are the basic rules of the game, but there are other rules that I didn’t explain here. You can download the rulebook for free on the Triptych website. In fact, like Cards Against Humanity, not only can you download the rulebook, you can also download and print the starter cards and the first expansion for free. 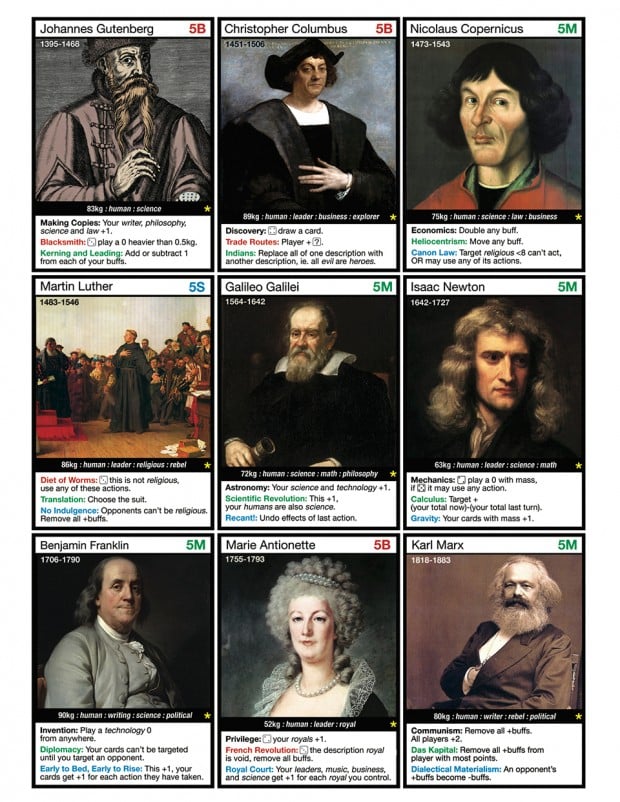 Triptych also shares one of the weaknesses of Cards Against Humanity – some of its cards may offend or unnerve some people. For instance, there’s a Jesus Christ card and a Martin Luther King Jr., card. It’s nowhere near as offensive as Cards Against Humanity, but you should still avoid playing this with certain people.

Pledge at least $27 (USD) on Kickstarter to get the 90-card starter set as well as 12 dice as a reward. As mentioned in the video, the printed cards you’ll get as a reward have a higher quality compared to the free PDF of the same cards, so that’s a nice incentive to buy the set.

There are also higher reward tiers that let you send your own image or artwork to be printed on a card. Can you, Moby Dick and sports beat Albert Einstein, foreshadowing and drugs? Get Triptych and you’ll find out. My money’s on your team.