These Shoes Could Keep You from Falling

Footwear hasn’t exactly been a hotbed for true technological innovation, but these shoes change that. Israeli startup B-Shoe Technologies has developed some new shoes that incorporate some really helpful features. Like, helping you to not fall. 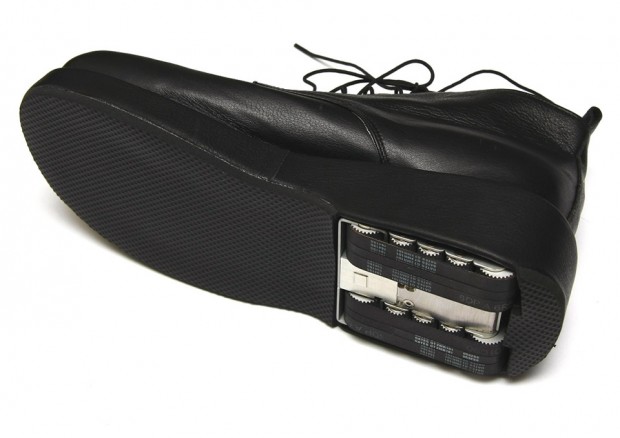 In the United States of America alone, one out of three people over 65 has fallen and suffered injuries as a result. By age 80, almost every older person has fallen and hurt themselves. This lowers their life expectancy and costs us all billions of dollars. So how do you keep them upright? When these shoes detect that the user has lost their balance and is about to fall backwards, the motorized heel drives the shoe back, restoring balance.

It is an ingenious and simple solution. It performs a corrective maneuver faster than an elderly person might be able to. The company has produced three pairs of B-Shoes so far and they’re being tested in hospitals in Israel.

[via Inventorspot via Neatorama]