If you love giant robots in life, celebrate your love of giant robots in death with a Gundam tombstone. It will be a lasting monument to your life that stands out and makes others take notice. 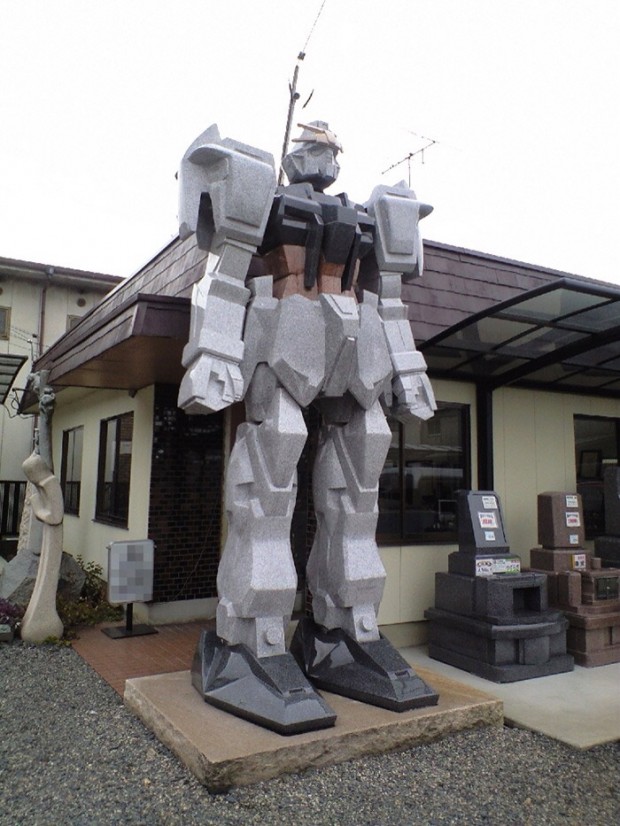 This huge Gundam tombstone is on display with more traditional tombstones at a Japanese monument shop in Yasu City, Shiga Prefecture. With this big guy watching over you, your afterlife will be safe. Your dirt nap restful. In the future, maybe we will all have cool tombstones like this one.

It beats having some weeping angels standing over your grave. Plus weeping angels move around a lot, so they wouldn’t even stay by your resting place for long.