ThinkGeek came prepared for April Fools’ Day this year, with a number of fake items that are silly but not too outrageous that they can’t ever exist. A cynic would say that they’re using the holiday to drive interest up in products that they already plan on making. But one of their joke items doesn’t need to be real, because such is the demand for it that it actually already exists, though not in this exact form. I’m talking about the Rosetta Stone: Klingon edition. 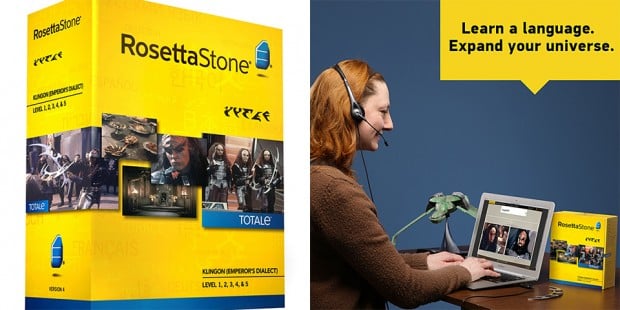 They even had Worf himself pitch in on the joke:

The thing is, if you really want to learn Klingon, you already have a variety of educational books and software to choose from. Because that’s the kind of world we live in. Our civilization is so advanced we get to have the punchline before the setup.