Robots can be awesome. They also can be creepy.  This robot fits firmly into the latter category. While most robots have expressionless heads, this one has a face. But not just any face – this robot can have YOUR face on it.

By mounting an LED projector inside of its head, the SociBot can change its face to suit your every whim. It can be loaded with a library of standard faces, or in minutes, your face can be scanned and uploaded to its head. Each face then is mapped with a library of expressions, and mouth movements for talking. The robot can also track gestures, faces, and speak in over twenty languages. Using an IR depth sensor, it can even track the position of up to 12 people in a crowd.

The robot was designed by Will Jackson and his colleagues at Engineered Arts – who are also behind RoboThespian. He says the intent is to provide greater social interaction from the electronic devices we use, and the technology could be used for things like information kiosks or for jobs like automated bank tellers. Oh and if you think that’s creepy, get a load of SociBot with its head off: 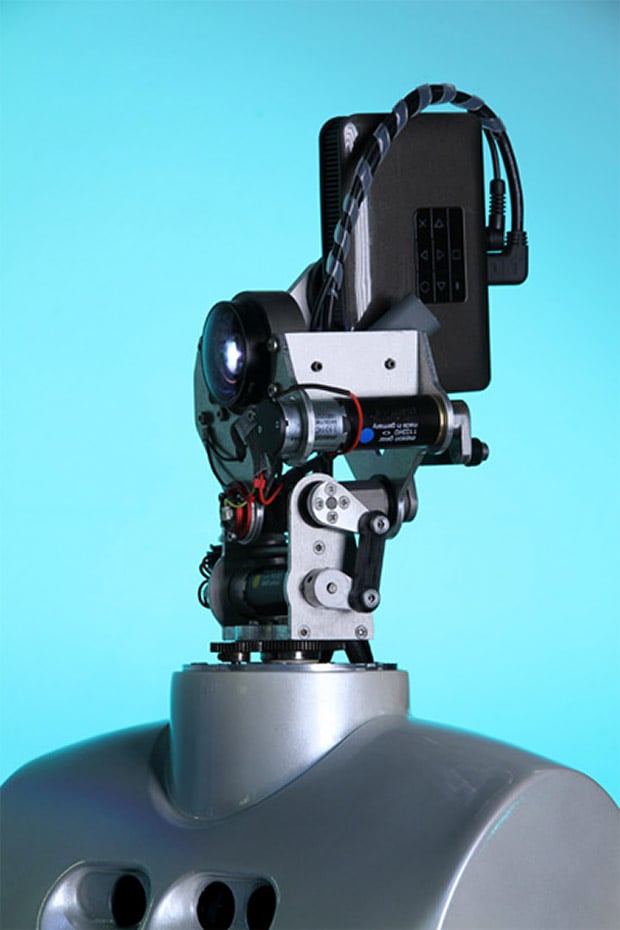