If The Zombie Apocalypse Comes, Stay Away from New Jersey

Have you ever wondered if the zombie scourge one day came ambling across your lawn, just how prepared you would be to face it? The geeks at Estately have ranked each state on how well they believe the states will survive a zombie apocalypse. 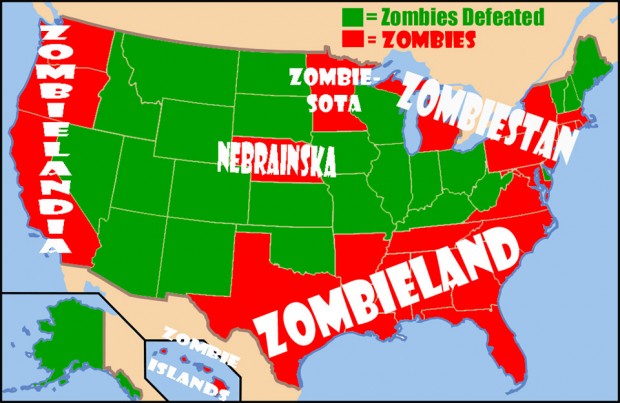 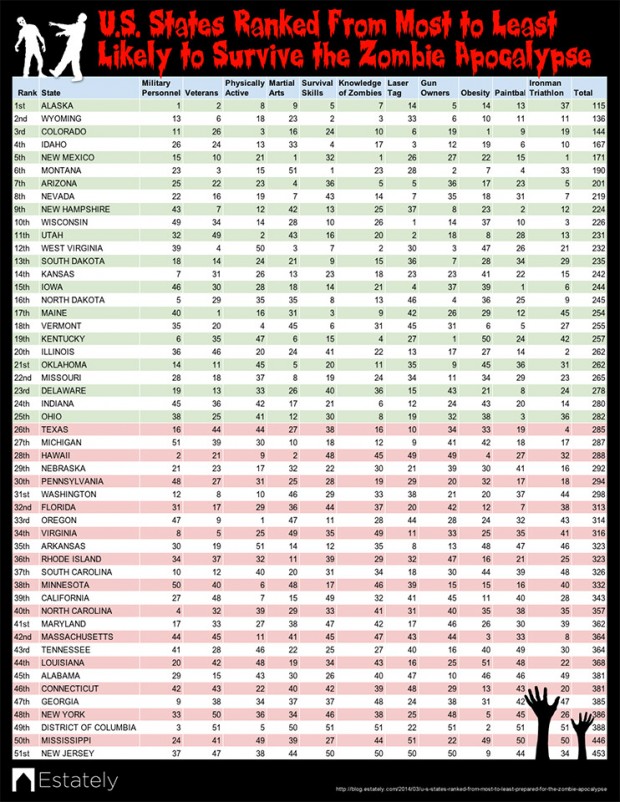 The state most likely to make it is Alaska. I can see that, there are a lot of woods to escape to and few people to turn into walkers and eat you. The state you least want to be in is New Jersey.

The numbers in the chart simply rank each state by the quality and availability of each of these dimensions. The lower the score, the better the ranking. The chart lists Texas in 26th spot and says we won’t survive. Clearly, they have never been here and seen all the military bases around the state, gun owners, and hunters that abound.

[via Geekosystem via Nerd Approved]