Skyrim Game of Thrones Intro: A Video Game of Ice and Fire

By now you’ve probably heard the theme song and seen the intro to Game of Thrones a thousand times. If you really enjoy it, you’re going to love this version of the intro for Skyrim. 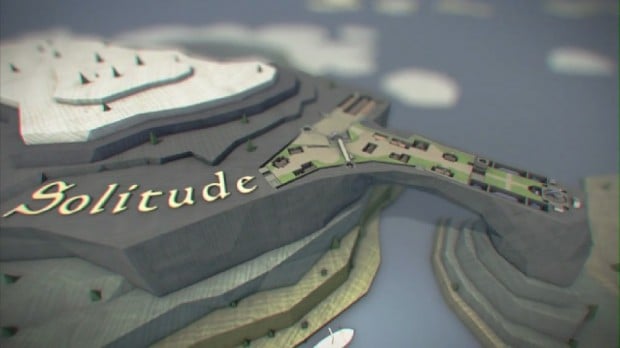 Skyrim’s world layout and gameplay don’t have anything to do with George R. R. Martin’s epic books, but there are enough similarities to mash the two together into a neat new opening video called “Thrones.” Because why not? In fact, I would guess that more than half of Skyrim players have already read the books or watched the show. Check the intro out for yourself:

Skyrim fans will recognize recreations of each of the major game areas, portrayed as if they were the separate family-owned lands from Game of Thrones. Brady Wold, the creator of the video, says that it started off as a fun project to kill an afternoon, but soon turned into thousands of hours of work, using After Effects, Cinema 4D, Maya, Photoshop, Premiere, and ZBrush.