Poor 3PO. He was never as popular as R2 and he never will be. At least someone thought enough of the prissy protocol droid to make an electric guitar out of his action figure collectors case. 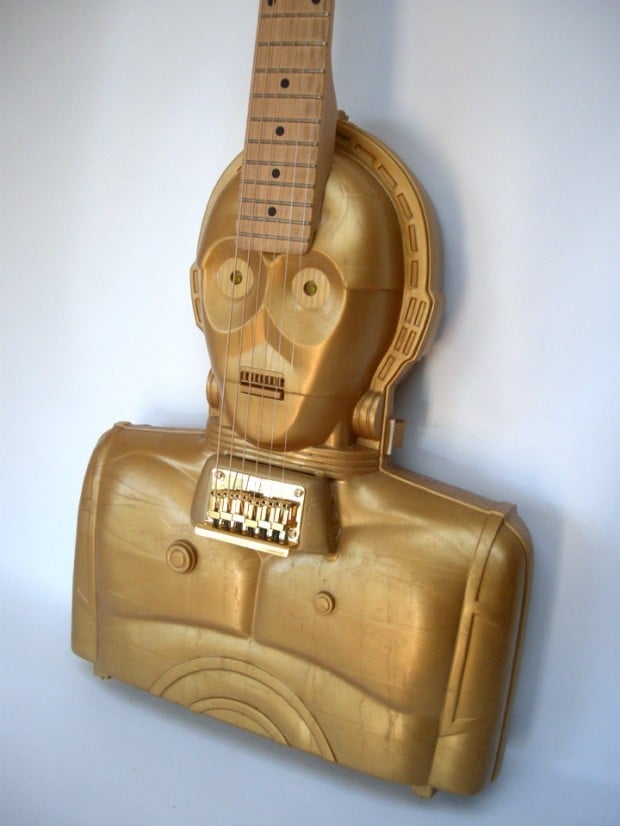 Everyone knows the Darth Vader collector’s case, but not as many people had the C-3PO version because, well because no one seems to like him. Though his action figure case makes a great body for an electric guitar once you ad a neck and strings. The case still opens up and it even talks. C-3PO says three different phrases. That’s a little disappointing since he’s supposed to be fluent in over six million forms of communication.

This protocol guitar measures 41″ tall X 15″wide and is 5″ thick. It was made by Etsy artist RainyDayInstruments and will cost you $465(USD). 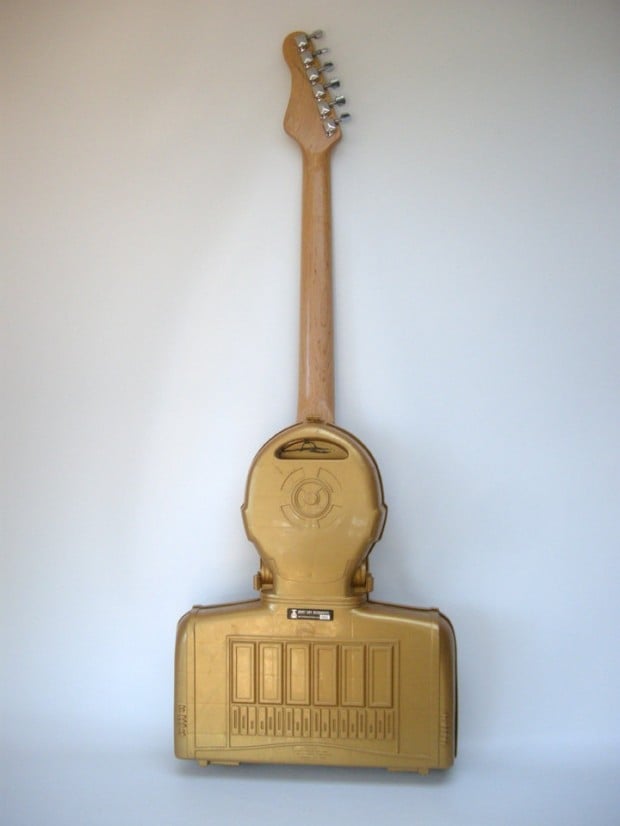 Chevrolet Shows Blazer-E with an Electric Crate Motor and Battery