Now that I have your attention… Sure, we would all like to kill King Joffrey, but there is only one of him and so many of us. SKY TV in New Zealand has the solution. They have erected a statue of the despicable little brat in a square in Auckland and they’re giving you the chance to help destroy it. 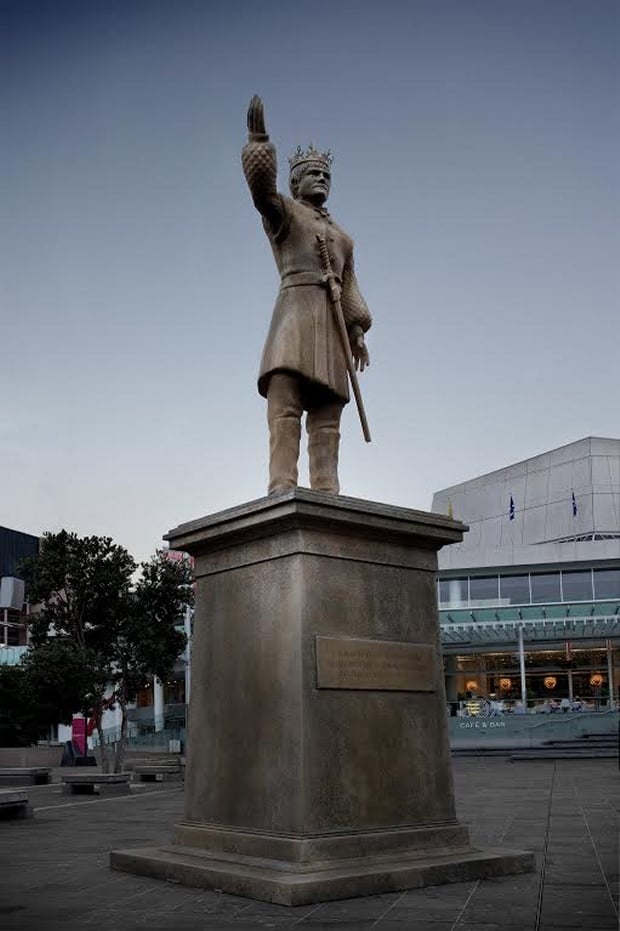 Obviously this is all part of a promotion for Game of Thrones season four. All you have to do is send a tweet with the hashtag #bringdowntheking. As the statue gains attention in real life and online, a medieval winch will be attached to the statue, with a rope around Joffrey’s neck. With each use of the tag #bringdowntheking, the rope will pull tighter around Joffrey’s neck, eventually pulling him to the ground.

If you are interested in bringing this bratty tyrant down and like the idea of a public lynching, head to www.bringdowntheking.com to see live webcams of the action.