Wearable technology is just about to take off, but we can already take a peek at what’s coming after smartwatches and the like. A team of engineers at the University of Illinois at Urbana-Champaign and Northwestern University have made health monitors in the form of stick-on electronic patches. 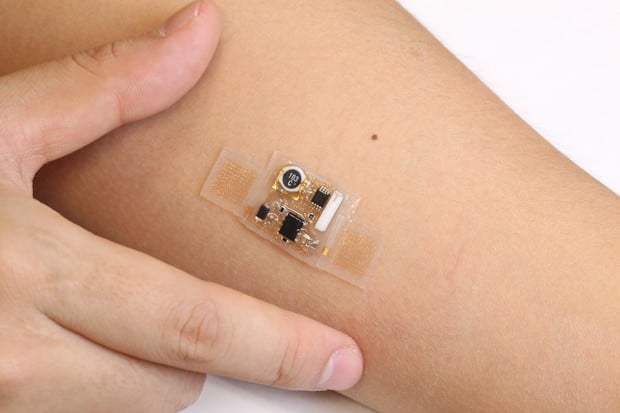 The development of the patch was led by professors John A. Rogers and Yonggang Huang. Prof. Rogers was already working on electronics that can be applied directly onto human skin like a temporary tattoo, i.e. no patch base needed. But he went ahead with the patch platform because it allows for the use of commercially available – and therefore cheap and abundant – components, as opposed to the tattoo-like electronics that needed custom capacitors, batteries and other parts. 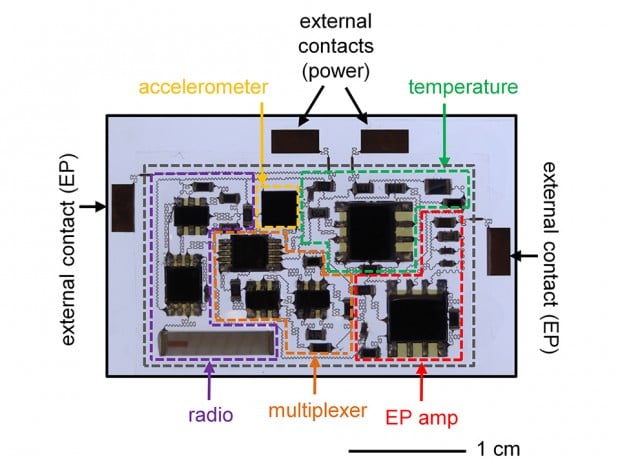 One of the crucial aspect of the engineers’ patch is the origami-like arrangement of the wires connecting the components, which allows for the patch to be bent without damaging the chips.

The engineers believe that stick-on electronics will make it easier to gather patient data. They also think it will lead to more accurate fitness trackers, and even health monitoring devices that can detect clues about the wearer’s condition even before he or she feels sick. Stick a browser to your face and head to the University of Illinois’ News page for more on this amazing invention.