I’m not such a fan of going to the grocery store. It’s a pain in the butt and my kids always want to buy stuff I know they won’t eat. I also always forget to buy something important because I get distracted by all the samples. This is one of the reasons that the AmazonFresh grocery delivery service is so interesting to me. 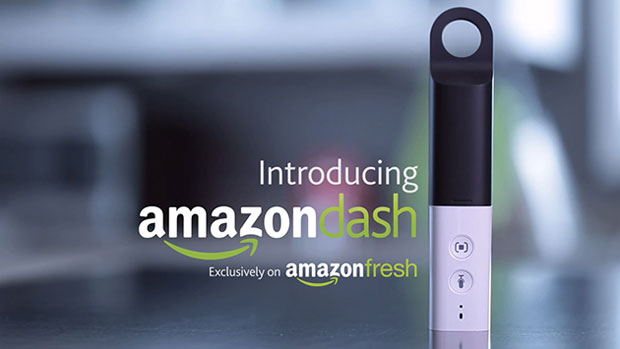 The service is only offered in parts of California and Washington right now and allows those in the region to order their groceries online. That means you never have to step into a grocery store again or wait in line. To complement the service, a new gadget has been announced called the Amazon Dash. This device is aiming at making what has to be the worst part of the AmazonFresh service, making your list, easier.

Dash is a handheld gadget that scans barcodes on the items you want and uploads them via WiFi to your shopping list. It also has a mic and voice recording function for those items that don’t have bar codes.

The Dash is apparently free for anyone in the AmazonFresh delivery area.