Darth Vader Will Not Be President of the Ukraine after All

Sadly, it looks like Darth Vader has been barred from running for President of Ukraine. Officials have found out that he was using a false name. You might remember that Vader had been nominated for the post by the Internet Party of Ukraine. Not anymore. The country’s electoral commission voted by 14-1 to reject his nomination. 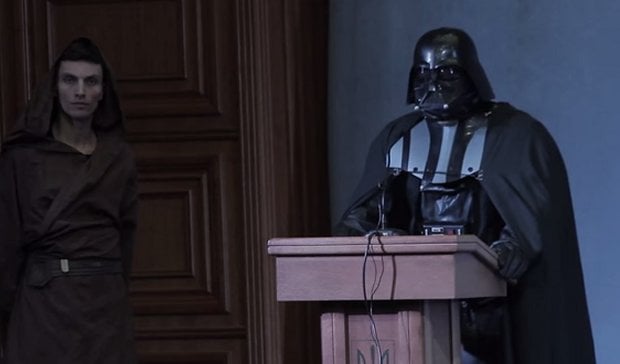 They cited fraudulent behavior in contravention of election rules. It probably didn’t help that he is known for building Death Stars and wiping out entire planets. He was one of 23 candidates rejected out of the 46 nominations.

The candidate submitted a passport to election officials, issued last month, in the name of Darth Vader. While other paperwork he submitted was in the name of Viktor Shevchenko, an electrician born in 1956. Prank or not, this was expensive. Applying as presidential candidate costs 2.5 million Ukrainian hyrvnia. That is more than $200,000(USD).