One of the weak points of virtual reality and 3D video technologies is that the many people won’t be excited about them unless they get to test it themselves. But a group of developers have figured out a way to use that weakness as the crux of their game. It’s called Keep Talking and Nobody Explodes, and it looks like a lot of fun. 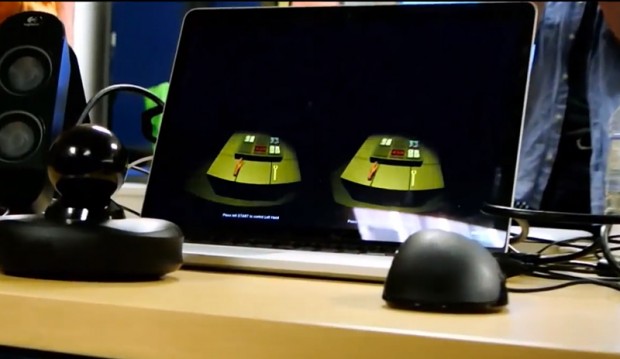 In Keep Talking and Nobody Explodes, you play a group of bomb disposal experts trying to defuse a time bomb. The catch is that only one of you can see and handle the bomb. That player will wear the Oculus Rift headset. The current build of the game also requires the Razer Hydra motion controllers.

The rest of you will then help by reading from a multiple page guide that provides general clues for defusing the game’s many bombs. You’ll talk with the player wearing the Rift to find out the exact bomb you’re dealing with, then relay the clues from the guide on how to defuse that exact type of bomb. The demo video below has salty language. Because they’re dealing with a freakin’ time bomb.

How considerate of the bomber to add serial numbers to his wares. The developers behind the game said they will demo it at the 2014 PAX East. You can also check out the game’s files on GitHub.