Millennium Falcon Chevy Malibu: Why Not a Ford Falcon?

You’ve never heard of the Millennium Falcon? It’s the car that made the Kessel Run in less than twelve parsecs. I had to stop for gas like five times though. The choice of vehicle for this amazing customization is actually appropriate when you stop to think that Star Wars takes place a long time ago. 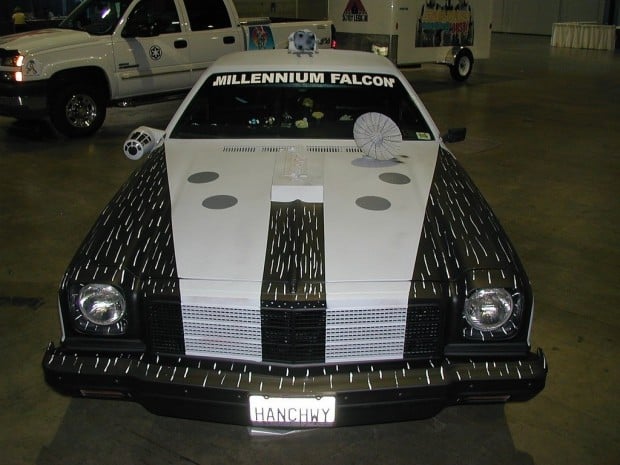 It was built by Bill Deacon from a 1974 Chevrolet Chevelle Malibu Classic. This image comes from Star Wars Celebration IV back in 2007, but you are seeing it now because it is super cool. That cockpit mounted on passenger-side mirror even has action figures of Han Solo and Chewbacca inside. Naturally, its license plate reads HANCHWY. Apparently it also has a TIE fighter hood ornament but apparently it’s currently out on a mission. 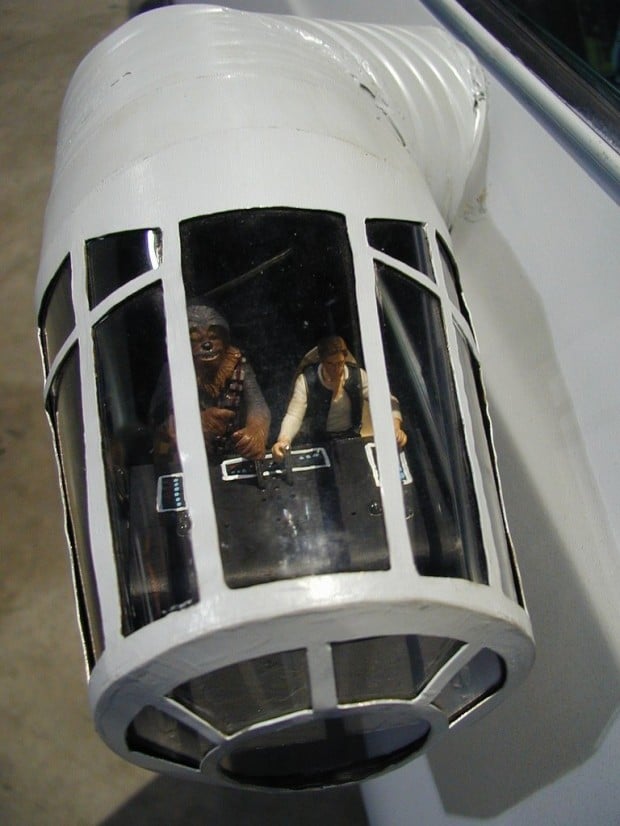 I hope Bill is still driving this thing. She may not look like much, but she’s got it where it counts, kid.