Samsung has launched its Gear 2 smartwatch that looks to be a pretty slick wearable if you happen to own a compatible Samsung smartphone. If you don’t own a compatible device, you are out of luck. The geeks over at iFixit are our go to source for seeing what gadgets look like on the inside, and they’ve just published their teardown of the Gear 2. 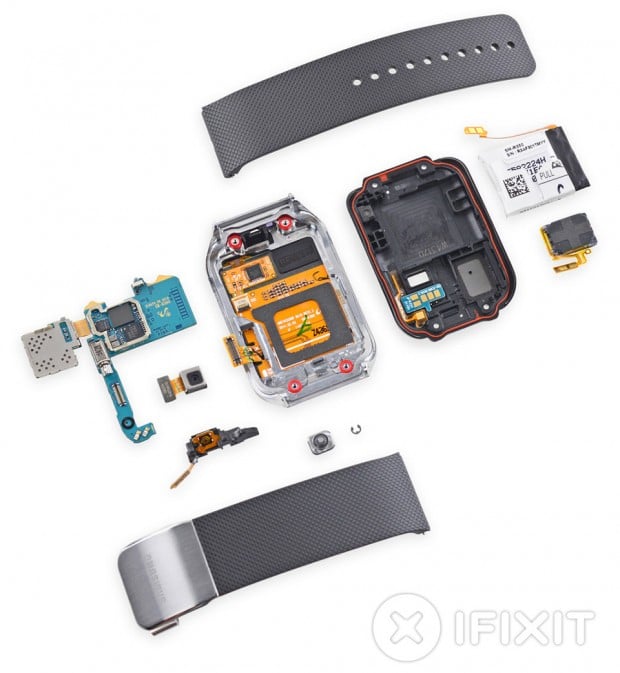 The strap comes off the Gear 2 easily, which is to be expected since the straps are meant to be swapped as wanted. Taking off the case requires nothing more than removing four screws. Each of those screws has a gasket around them and the case has a gasket too to keep water out of the electronics. 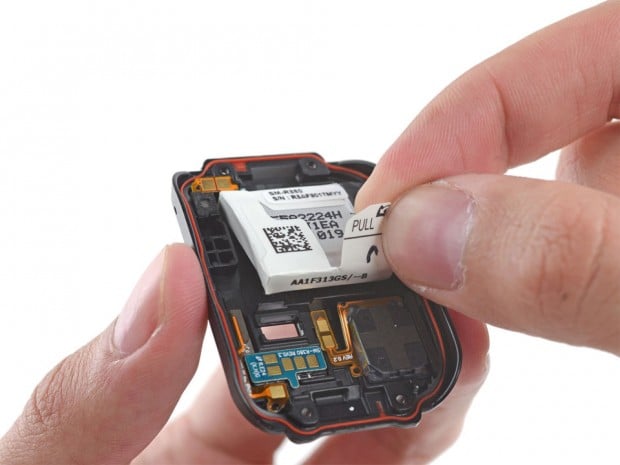 Once inside, the iFixit guys identified the following major components:

I’m impressed by how much hardware is inside that small case. One nice feature they found is that the battery is easily removable if it needs replaced. 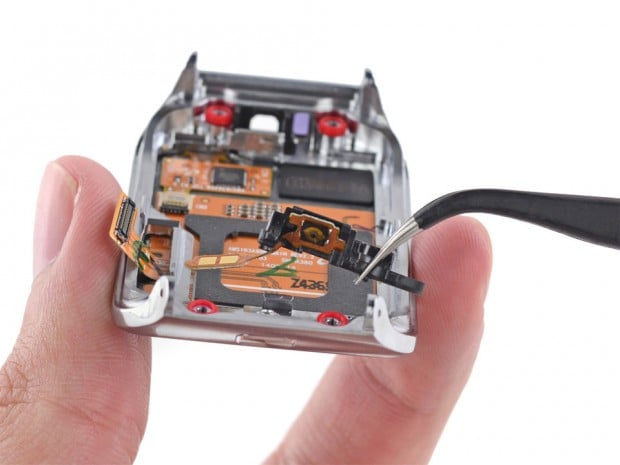 The entire watch is well packaged and easy to fix, leading iFixit to give the device a very respectable repairability score of 8 out of 10.