Flying X-wing Tri-rotor: X-wing Fighters Are Now in Our Skies

Rodger Cleye made this awesome flying X-wing Fighter. Maybe it can shoot down some of those other drones in our skies. This 19 lb., five-foot-long X-Wing Fighter comes after Rodger already made a flying James Bond mannequin with a jet pack and the Marty McFly working hover-board. 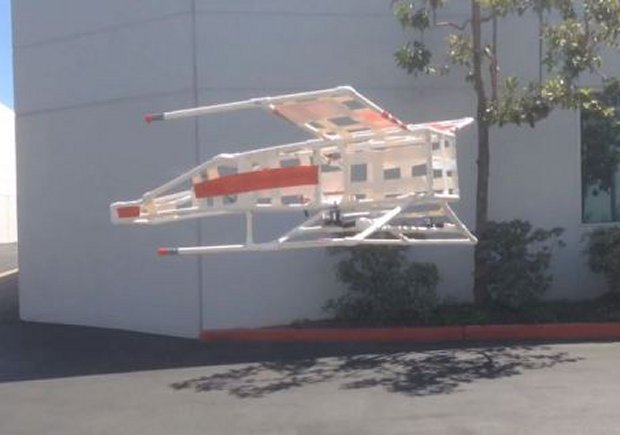 This X-Wing is a tri-rotor design with three 100A ESCs, 1200W 1050KV motors, and 12″ rotors. It just needs an action figure in the cockpit. The frame is made from PVC to keep it as light as possible. The tri-rotor design gives it much better yaw control than quadrotors, but that means that sometimes it ends up on its nose.

Still, it is super impressive to see in action. Maybe he can make some TIE Fighter drones and a Death Star balloon and have a cool dogfight.