Guy Dresses up as Spider-man to Get Votes

If you are a politician, it isn’t easy to get votes these days. Everyone knows politicians are crooks. And if you aren’t, no one trusts you because of the other bad apples. I suppose you need to do whatever you can to get attention, like this guy who dresses up as Spider-Man. 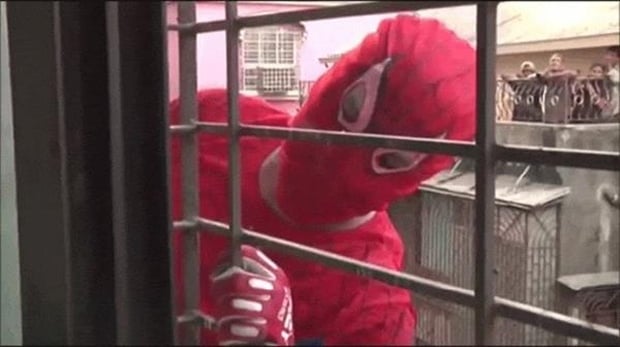 That’s what 32-year old Gaurav Sharma did while running for Parliament in India. The former martial artist once worked for the Mumbai police and now he’s in politics. He hopes that climbing buildings dressed as Spidey get him some votes and win the election.

This is the right idea. I say make them work for those votes. Dressing up as superheroes and actually patrolling the streets wouldn’t hurt either. It might be nice to see a politician willing to risk his own neck for his people.

[via Kotaku via Fashionably Geek]