Last year we saw a robot cane for visually impaired people that warns its user of obstacles with an audible alert. The Virtual Aid for the Visually Impaired or VAVI by grade 10 student Roman Kozak is an even more convenient prototype for a high tech cane. It lets the user search Google Maps and be guided towards his or her destination by voice prompts. 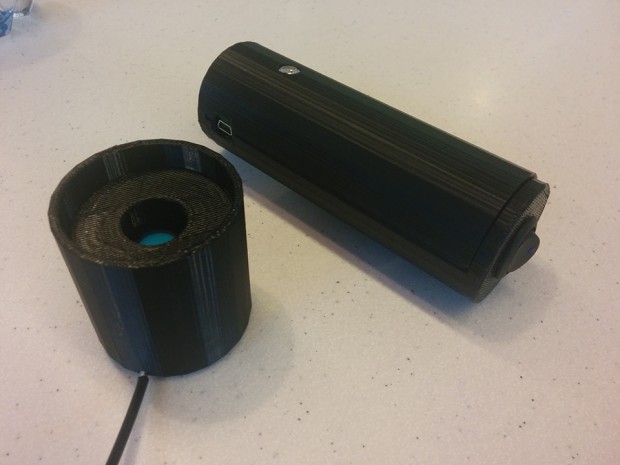 VAVI is not actually a cane but just a short cylinder; instead of direct contact it uses an ultrasonic sensor to detect objects in the user’s path. A vibration motor and a buzzer alerts the user if there’s an obstacle in his way. As for the location search, Roman wrote an Android app that taps into Google Maps. When the app is open, the user can order it to search for a location by saying “go to _____.” The app will look for the destination and will then provide voice prompts to guide the user as he walks. 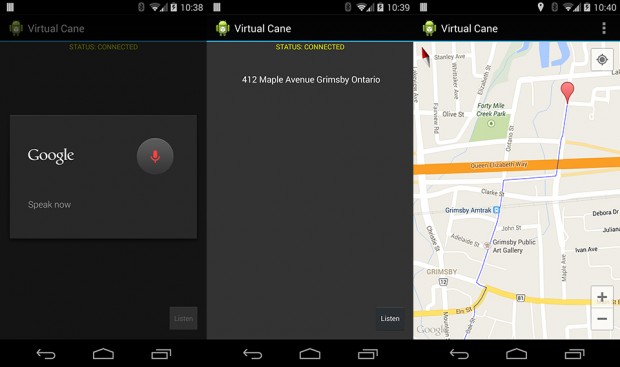 The app also accepts voice commands for placing a phone call, sending the user’s current location to someone else and for finding VAVI. For that last feature, the app will reach out to VAVI through Bluetooth and activate its motor and buzzer to make it easier to find. Roman also made it so VAVI can be charged wirelessly via induction so the user won’t have to bother finding an adapter and an outlet. 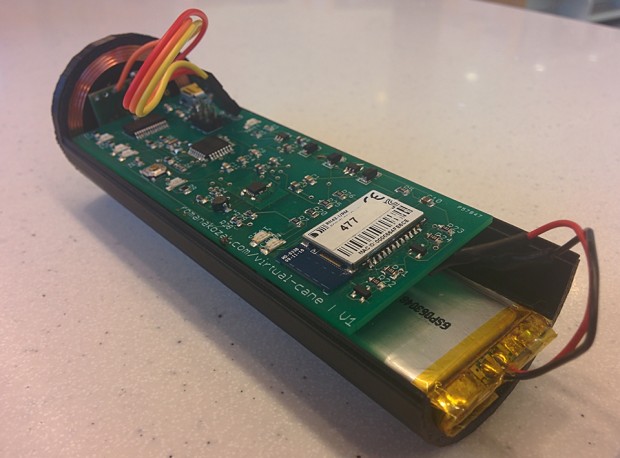 For all its capabilities, Roman estimates that VAVI only costs about $70(USD) to produce. Check out Roman’s website for more on his invention.