If you tend to drive at night, you know that it can get dangerous on roads without lighting. That’s one of the reasons why some engineers in the Netherlands decided to make their highways glow in the dark. 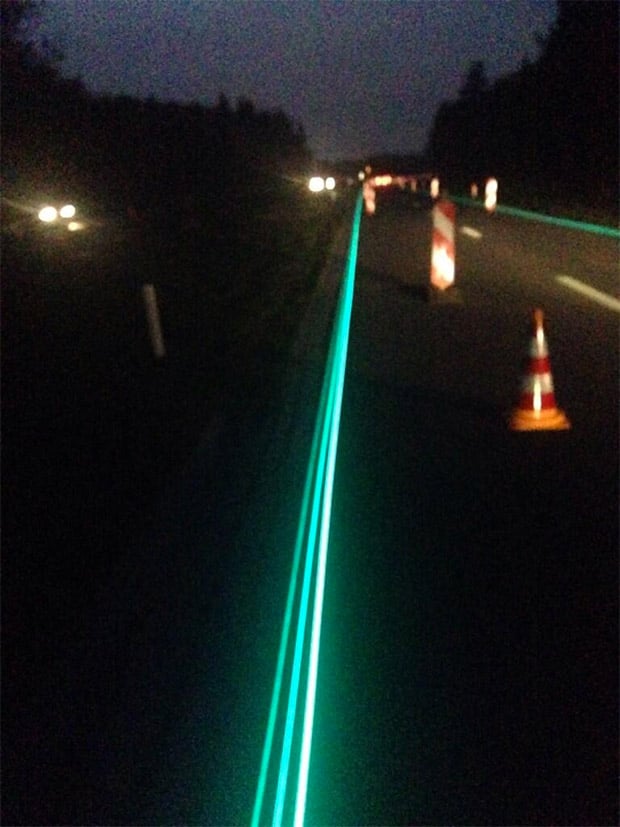 It was first suggested by Studio Roosegard back in 2012, and it was conceived to make roads safer as well as cut down on the amount of electricity needed to maintain the lighting on long stretches of highway. To this end, the N329 highway in Oss now has a 500 meter-long (~1640 foot) stretch which has glow-in-the-dark road markings. To pull off the trick, a photoluminescent powder was integrated into the road marking paint, and the lines charge up from sunlight captured during the daytime.

I have one concern though – how long will this paint last? It’s a known fact that paint on roads needs to be reapplied every few years.