Ah, the Mazda Miata. It’s the scourge of autocross and road racing tracks around the world. It has little power, epic handling, and is dirt cheap to repair, making these little convertible sports cars a mainstay for motorsports around the world. Few things in life are more rewarding than shaming a person in a high-powered muscle car in a Miata with only 100hp to the wheels on a road racing course. 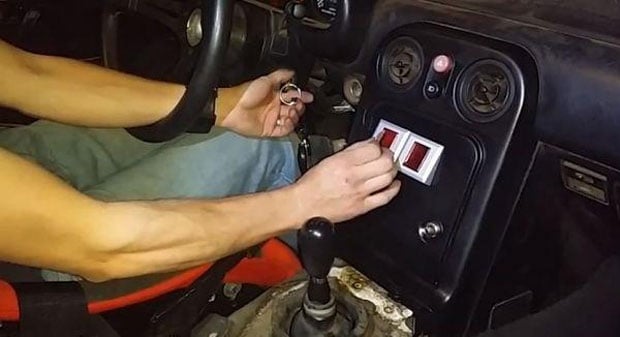 Tofu Drift Van recently bought what appears to be your typically clapped out Miata for $1000 with the goal of making it into a drift car. He decided to make it a bit different though, and somehow rigged up an ignition that will only start the car when you put quarters in the arcade style coin slot.

That is awesome and should be mandatory equipment on any ChumpCar or LeMons racing Miata. The owner of the car says he plans to add a Player 1 pushbutton for starting the car next.