For the last couple of weeks, I’ve had the privilege of having my hands on one of the coolest looking Bluetooth speakers ever made, the Marshall Stanmore. But just because this speaker looks like a Marshall amp, does it sound good too? Well, the answer is a resounding “yes.” 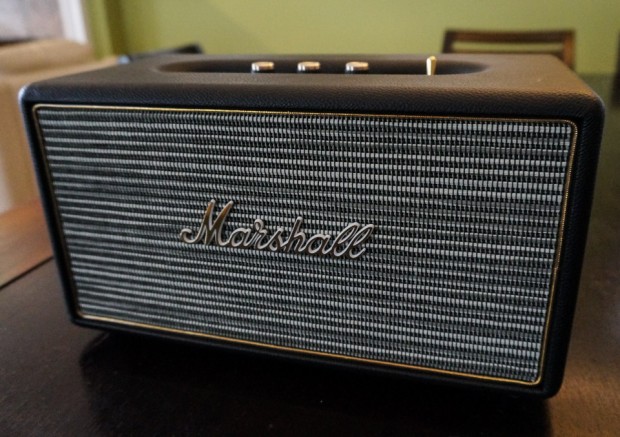 For starters, the Stanmore just looks awesome, aping its bigger brethren, the iconic Marshall amplifiers used by musicians around the world. That in and of itself makes the Stanmore a speaker you want to show off – a real conversation piece. But ultimately, a speaker’s worth is judged by its sound, and the Stanmore doesn’t disappoint. 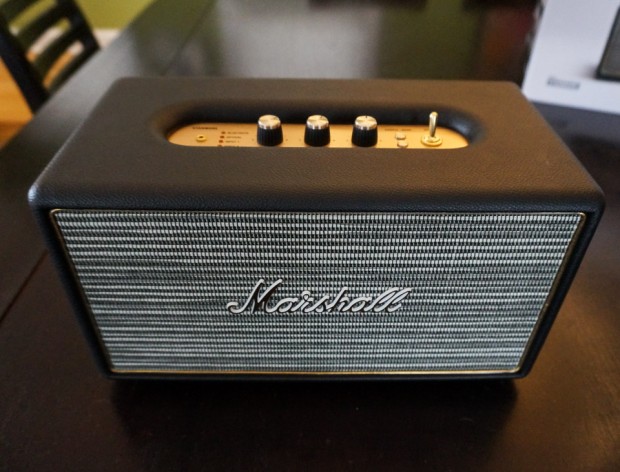 Inside of the substantial 11 pound enclosure are a pair of 3/4″ dome tweeters and a 5-1/4″ woofer, which are driven by 80 watts of amplification. This combination produces more than enough volume to fill a large room. In fact, I placed the Stanmore in the middle of my first floor – about a 1000 sq. ft. space – and I was able to enjoy my tunes throughout the entire floor. 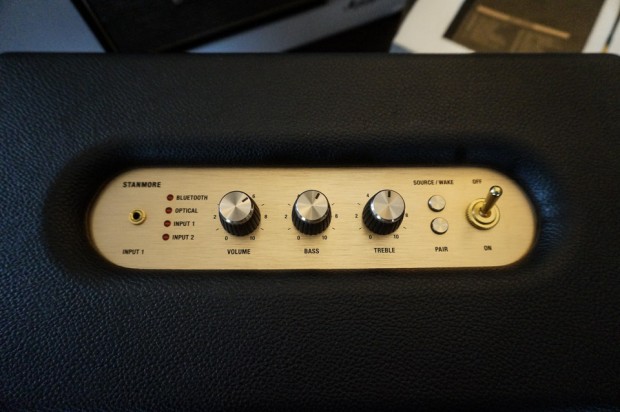 I threw a wide variety of musical genres at the Stanmore, from electronic to jazz to classical to rap, and it handled them all with aplomb. With volume cranked to a 100%, there’s no perceptible distortion, though it’s unlikely you’ll need to drive the Stanmore at such ear-splitting levels. Thankfully, the speaker also produces clean, well-separated sound at low volume levels too. I was also very pleasantly surprised at the width of the soundstage that came out of its 13.7-inch-wide enclosure. A bass port on the rear helps keep the low end tight and thumpy, but never overbearing. For extended low end boom, you can place the rear of the speaker against a wall. 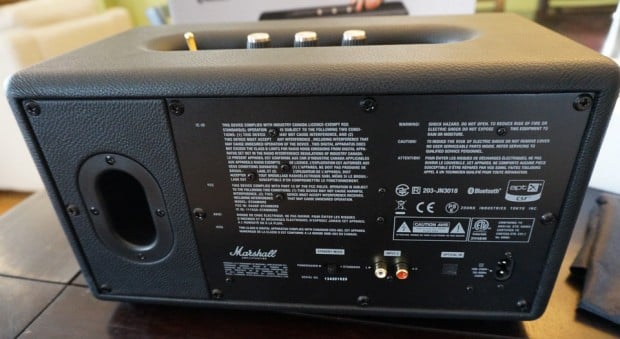 In addition to offering up tremendous sound, the Stanmore includes some features seldom found on Bluetooth speakers, including bass and treble controls, and multiple auxiliary inputs. In addition to RCA and 3.5mm analog inputs, you get a digital optical input as well, which makes the Stanmore a possible choice for living room use with media players and cable boxes. Keep in mind that the optical input only works when the output is set to PCM stereo.

The only I did encounter was the speaker’s relatively limited Bluetooth range. When using my iPhone 5 as a source, Bluetooth signals started to drop out around 20 feet from the speaker. This isn’t dramatically worse than other Bluetooth speakers I’ve used, but it’s not the best either. That said, if you leave your smartphone sitting near the speaker, it’s brilliant, but don’t expect to walk far away with your audio source in your pocket. I’d love it if Marshall had included Wi-Fi/AirPlay capability, but alas they didn’t. 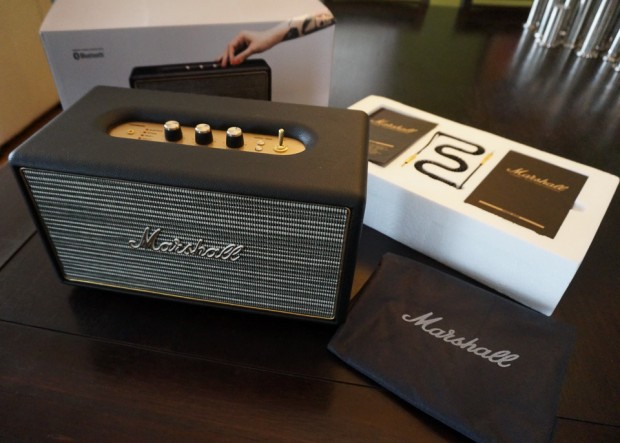 Overall, the Marshall Stanmore rocks. It pushes out an impressive amount of crystal clear sound from a small enclosure that will fit neatly onto your bookshelf or table. Priced at $400(USD), it’s not a low-end speaker by any means, but you get what you pay for.