Trials Fusion Jumps onto Xbox One, Xbox 360 and PS4

Console gamers have a new game they can now purchase online, and it looks like a whole lot of fun. The new game is called Trials Fusion and is the latest game in the Trials franchise, which includes Trials Evolution and Trials HD. 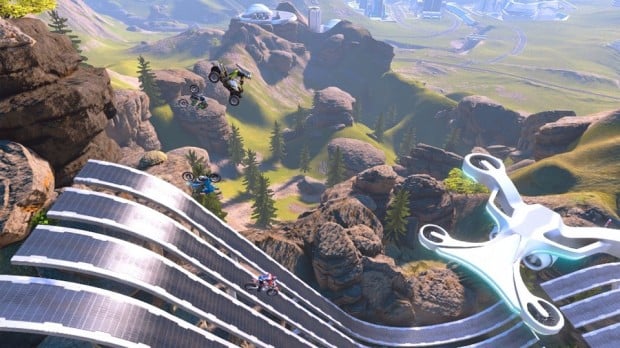 The game is a motorcycle and ATV racing title that promises lots of competition and cutting edge graphics, along with social features. The game supports career and multiplayer modes, and has an in-game track editor that lets players share track designs. Players rack up XP points to move to the top of the leaderboards.

Trials Fusion is a physics-based game and it has a new FMX mode that has players trying to pull off tricks to score the most points. The game has 40 new levels, improved character customization options, and challenges for each track. The game is available on consoles now for $19.99(USD), and will be coming to PC on April 24.