There are already portable battery packs that have solar panels for recharging. The Trinity is a new kind of portable charger that uses a different renewable source of energy: the wind. It recharges its 15,000 mAh battery through its built-in wind turbine. Although it’s quite promising, I don’t think you should support it just yet. 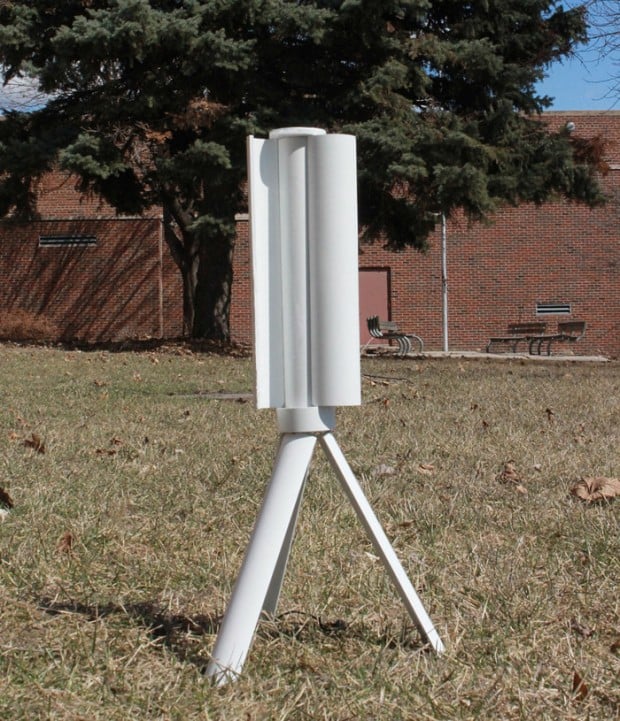 Trinity weighs just 4lb. and when collapsed it’s just 12″ long, so it’s fairly portable. It has three aluminum legs that can either stay in a tripod arrangement or lie flat. Inside Trinity is a 15W generator and its battery. The current prototype has a 5V/1A USB charging port, although inventor Skajaquoda is considering adding an additional 5v/2A USB port for more power hungry devices like tablets. Here’s where it starts to get iffy. Skajaquoda also added a miniUSB port that’s meant to charge Trinity’s battery… via an outlet. 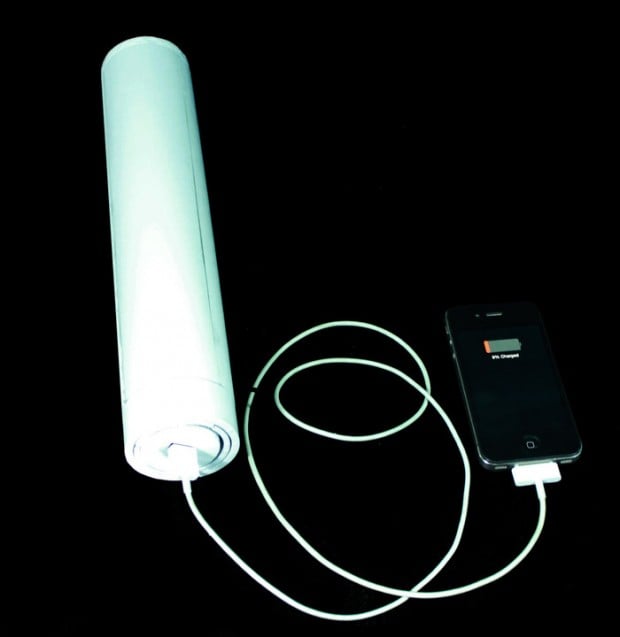 Why would they add a way to charge the battery that doesn’t use the built-in wind turbine? If you’re going to plug it in to charge it you might as well get a conventional battery pack that’s much smaller. The only reason I can think of for the addition of the mini-USB charging option is that Skajaquoda isn’t confident about Trinity’s charging speed through the wind turbine. Commenters on the fundraising site are asking the same question: How fast does it charge through wind power? Sadly, Skajaquoda didn’t include that vital data on their Kickstarter page and on their pitch video.

Breeze on over to Kickstarter to find out more about Trinity. The device can be yours for a pledge of at least $249 (USD), but again I don’t think you should back the project yet. I’m not saying this is vaporware or a scam. It’s an interesting and promising invention,  but at the same time there are important details about it that need to come to light before you plunk down your hard-earned cash.