What do you do when you’ve played all of the Mario games and beaten them? The music is now rattling around your brain, and there’s nothing left to play. You start playing the theme song, that’s what you do. You get yourself 48 wine glasses and you start your musical career. That’s apparently what YouTuber Dan Newbie has done. 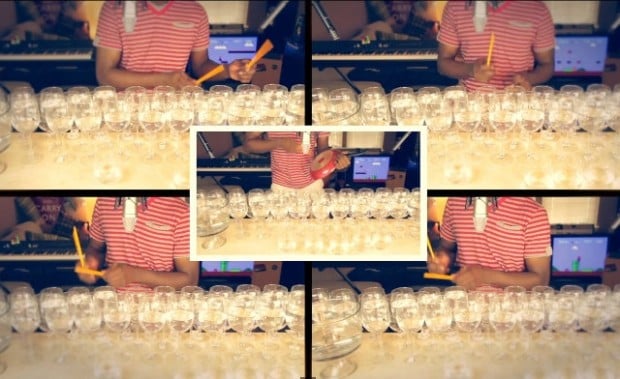 Watch him perform the Super Mario Bros. theme using 48 wine glasses, two pencils and a frying pan. The guy is crazy. Crazy awesome. Are those glasses filled with wine? No, just water. It really sounds great. This guy is a master at the frying pan by the way. I’ve never seen such mastery of a cooking instrument. And his pencil work is masterful.

Awesome job, Dan. I would definitely buy the album.