Military Stealth Dirtbike: Your Dirt Racing Dreams Have Never Been This Quiet

I’ve been driving around a Super Motard motorcycle for the last six months, and let me tell you, it’s extremely loud, so loud that my neighbors have asked me to start it outside the courtyard where it’s usually parked. One friend said that it sounded like my bike had eaten another one for breakfast. While all this racket is a fun part of having a motorcycle, you can imagine how this would be problematic for military motorcycles. 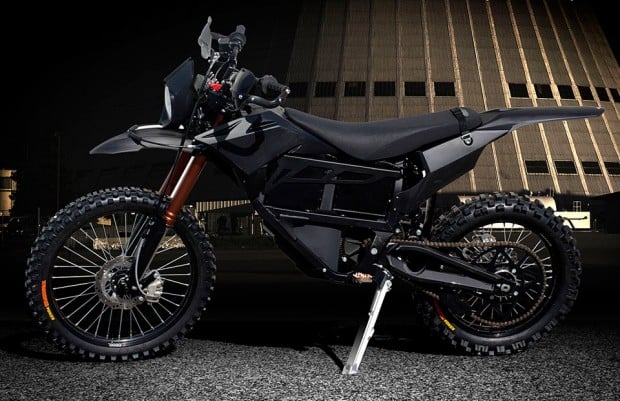 With that in mind, DARPA has commissioned the development of a stealth motorcycle, which would allow soldiers to ride for long periods of time without emitting much noise. The bike, would use an extended-range hybrid-electric engine, and will be built by BRD and Logos Technologies. In addition to its stealthy operating capabilities, the bike will have all-wheel drive to help tackle difficult terrain.

Electric and hybrid bikes also make sense for commuters, especially in city traffic. Switching over to electric drive would mean no shifting and reduced noise, and of course lower fuel costs. Also, I’d probably not get any complaints from neighbors either.