Minecraft PS3 Edition Lands on Blu-ray May 16, Soon on PS4 and PS Vita

Both of my kids play Minecraft; they think it is the coolest game out there. My son plays it on the Xbox 360 and his iPhone. My daughter has a tablet that she carries with her to play on the go and likes the PS3 version on occasion. Each time I’m in the game store in the local mall, at least one kid comes in and asks if they have a copy of Minecraft only to be greeted with “that game is download only” and then spend their money on something else in the store.

I can’t imagine how many sales Mojang has lost in that fashion. Things are about to change with reports that on May 16, PS3 gamers will be able to buy a retail disc version of the game, with PS4 and PS Vita versions to follow soon thereafter. 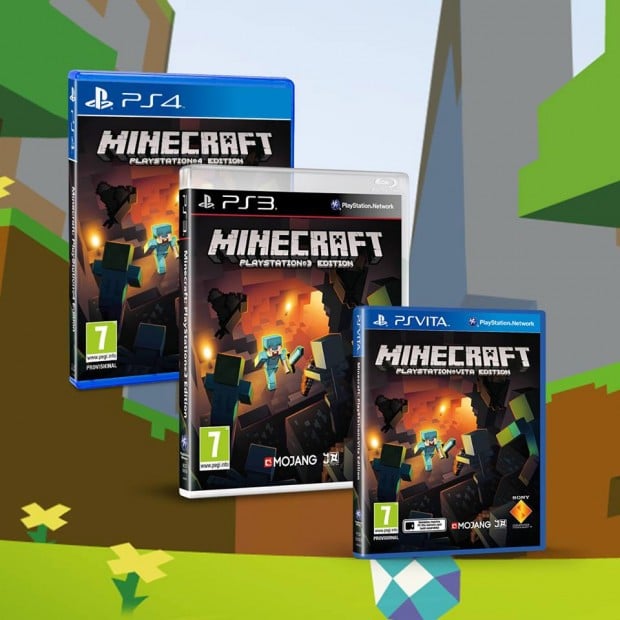 Shipping games on disc seems obvious; it will make getting the game easier for kids and adults, and save those with slow web connections long waits to play. GameStop has the PS3 version available for pre-order now for $19.99(USD).