Pringles Can Pipe Organ: Once You Pop, You Can’t Stop

The tower of Pringles cans you’re looking at here isn’t the remnants of a week-long gaming marathon (though it could be). Instead, it’s a fully-functional musical instrument – assuming that you like slightly off-key, strange sounding tunes. 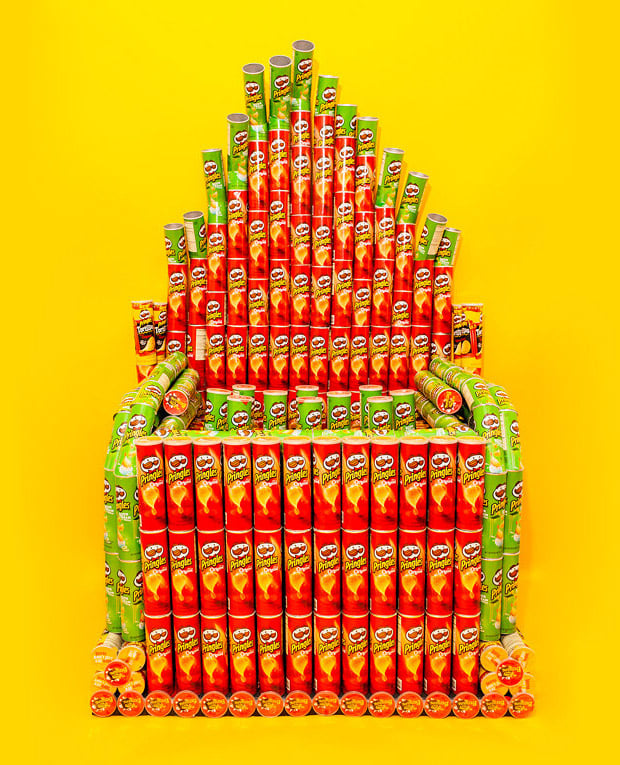 The functional sculpture was made by Brooklyn music production company Fall on Your Sword. It’s made of almost 250 green, red and yellow Pringles cans – and was rigged to play sounds when the containers are pressed on. It’s not clear how it works, but it sounds like it uses recorded sound samples, not steam. Here, check it out:

Okay, it’s not exactly the most ear-pleasing sound, but imagine what it would have sounded like if the cans still had potato chips in them.