Super Mario Bros. Drum Kit: Our Drumsticks are in Another Castle

This custom Super Mario Bros. Drum Kit looks pretty awesome. It’s the kind of thing they would play at the Koopa Cabana. If such a place existed. Anyway, your Mario themed band has found it’s first set of equipment. 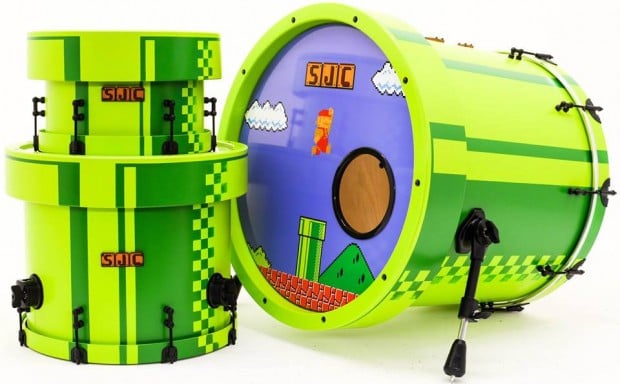 It was made for the drummer from One Fell Swoop by SJC Custom Drums, who makes all kinds of cool custom drum sets. I say beat on Bowser, not drums, but if you are a Nintendo fanboy with rhythm, you’ll want to get your drumsticks on this awesome themed drum kit.

This is sooo much better than Donkey Konga. Of course, I’m no Keith Moon. More like a Keith Loon. I’m one Goomba shy of a gaggle, but I know a cool drum set when I see one.