Perhaps inspired by The Amazing Spider-Man 2, prop weapon maker Patrick Priebe made a couple of wrist-mounted weapons that are triggered just like Spidey’s web-shooters. 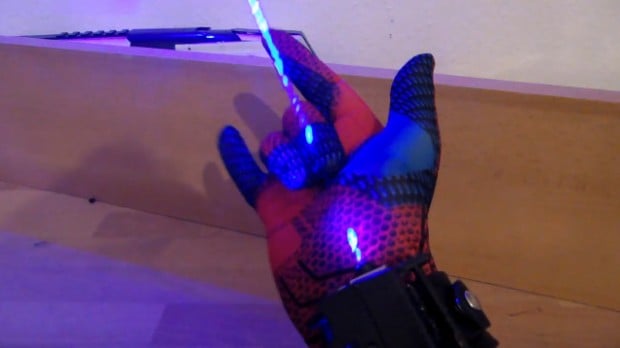 One of the weapons shoots a tiny harpoon. It also has a winch that turns it into a Spider-Man and Scorpion mashup. Get over here!

The other weapon is a Priebe staple: a laser. Both weapons have laser sights as well.