Ever since I found out about Tactus a couple of years ago I’ve been looking forward to trying out its tactile touchscreen technology. It looks like that time is close at hand. Tactus’ first consumer product is a case for the iPad Mini that adds its retractable buttons to the tablet. 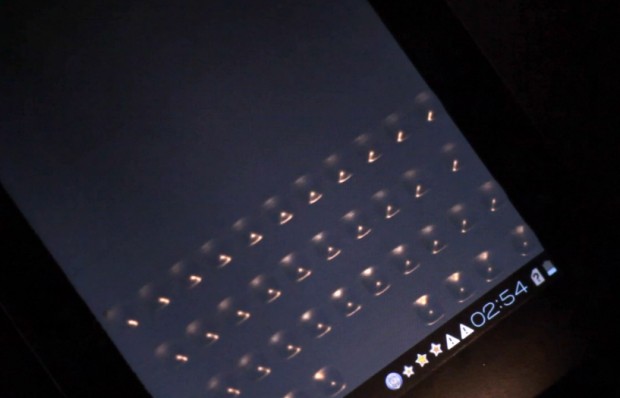 The image above does not show the upcoming iPad Mini case; it’s a screenshot from Tactus’ 2013 CES demo, which you can watch below.  According to Business Insider, the iPad Mini case will have a switch that lets it “push out transparent, physical buttons over the iPad’s standard keyboard. The keys can appear and disappear almost instantly.”

If you’re hoping for Tactus’ technology to appear on other touchscreen devices as well, don’t worry. The company is working to have its product appear on as many devices as possible. Check out their 2014 CES concept video to see what they hope to accomplish:

Tactus’ iPad Mini case will be released later this year and will cost around $80 to $100 (USD). VentureBeat reports that Tactus will release its own tablet as early as next year.

[via Business Insider & VentureBeat via BGR]