We have less than a year to go before Back to the Future II’s hoverboard prediction is debunked. But thanks to virtual reality, we might be able to simulate the feeling of riding a hoverboard. Game developer Kieran Lord aka Cratesmith recently showed off an early build of his hoverboard simulator for the Oculus Rift. 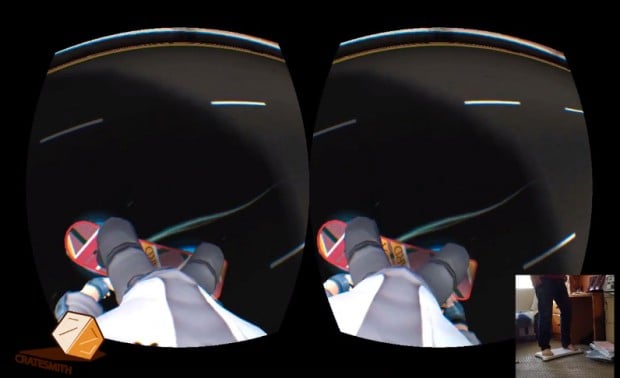 Kieran is making the game using the popular Unity game engine. He’s using a Wii Balance Board to control his game.

If you have an Oculus Rift, a Wii Balance Board and a Mac, you’re in luck: Kieran shared an early build of his game through Dropbox. You can find out more about the game on Kieran’s Reddit thread.

[via Mashable via Ubergizmo]