The Walking Dead Daryl Dixon Action Figure Gets His Hog

Back in January, an action figure from The Walking Dead turned up that had Daryl Dixon and his trusty crossbow. The big thing that Daryl was lacking was his beloved motorcycle. A new action figure has turned up at ThinkGeek that has Dixon, his crossbow, and his hog. 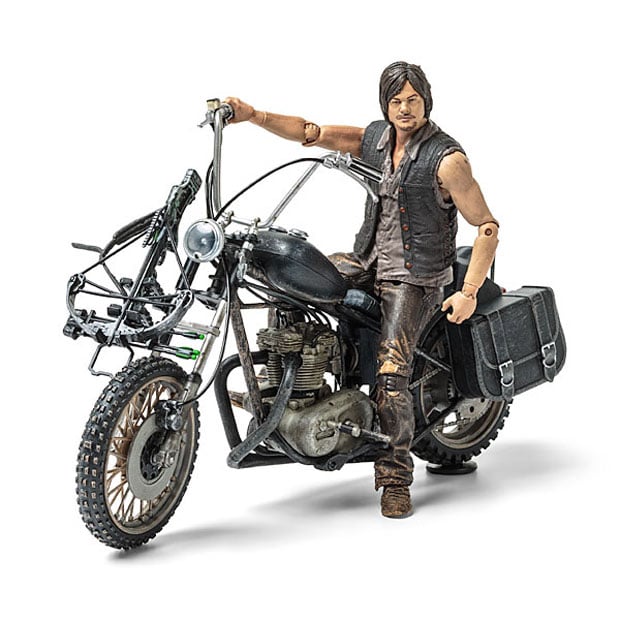 That means you can cruise Daryl around your desk, taking down zombies all day long. The action figure has 20 points of articulation and includes a hunting knife as well. The motorcycle has a working kickstand, spinning wheels, and saddlebags. Even the wings on the back of the vest worn by Daryl are dimensional. 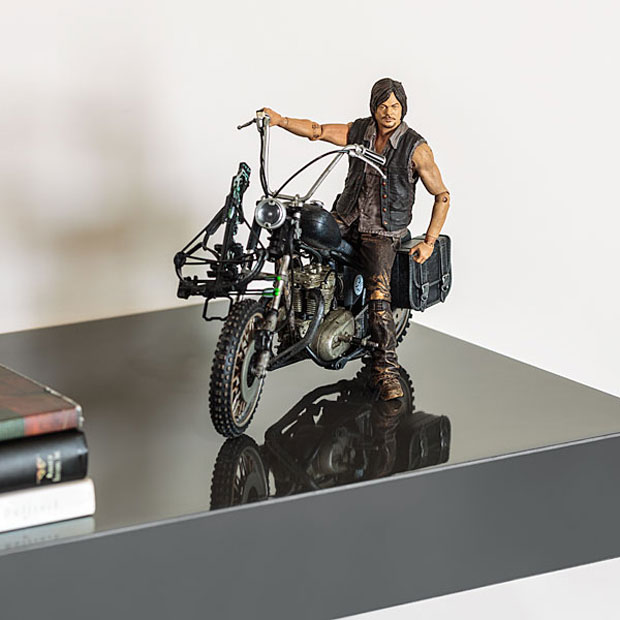 Daryl is a 5-inch tall scale and is an officially-licensed action figure. Daryl and his hog are available right now for $34.99(USD).