I’m all for retro gadgets, so I just love the Dot View Cover for the HTC One M8. It’s got a bunch of rows and columns of tiny dots through which notifications can be seen, in a retro 8-bit fashion – while also protecting the phone’s screen. 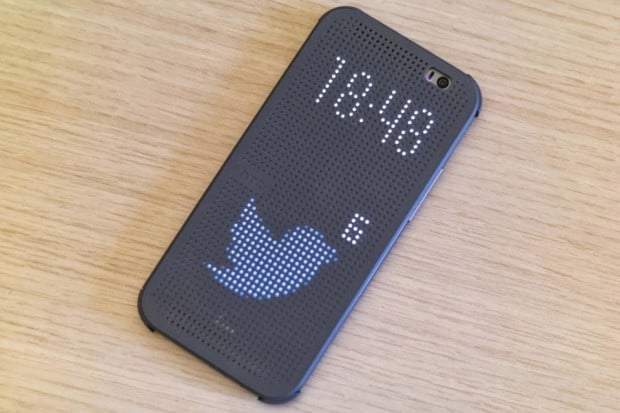 Out of the box, the Dot View cover allows you to check the time, weather, and some other basic notifications. A hacker named Shen Ye, was able to change his cover to display other notifications, such as the number of tweets he has received, or even bring up music player controls. However, he hasn’t released the exact nature of his hack. It’s likely that it requires root access, a hacked APK file, or something along those lines. He did say that since HTC’s Sense UI already had access to your social networking APIs, it wasn’t hard to make them appear on the cover though. 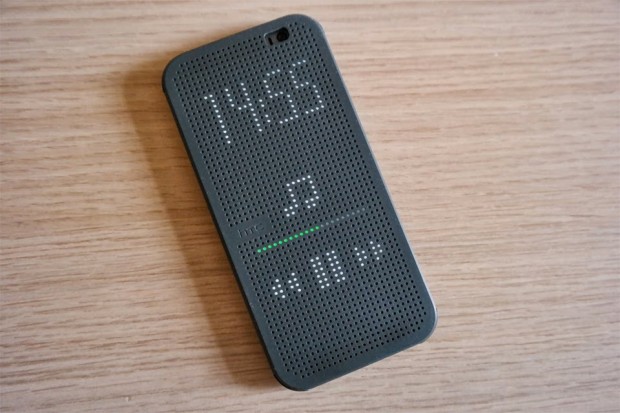 That’s pretty awesome. I wouldn’t mind having this on another phone, like a Sony Z2!