Some Call of Duty players take the game way too seriously. Plus, they are crazy and stupid. One idiot player called a SWAT team on another kid that killed him while playing Call of Duty multiplayer. In this day and age, what with all of the police over-aggression everywhere, that could easily get someone killed. Nice job, fool. 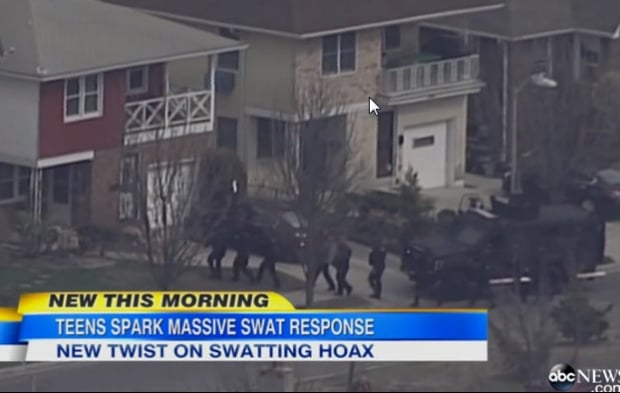 Police received a call this past Tuesday afternoon from a person who identified himself as Rafael Castillo, a 17-year-old from Long Island, N.Y. “I just killed my mother and I might shoot more people,” the person said, according to police. So some sixty members of law enforcement, including helicopters, and a SWAT team were sent to Castillo’s home, leading to a 90-minute standoff.

When police arrived, they found Castillo’s mother, 54-year-old Maria Castillo, making coffee in the kitchen. Castillo himself was in his room still playing the game with headphones on. Castillo’s mother is now making him hang up his controller and get a job because he plays too much, but it’s the other kid that really deserves severe punishment.