We can’t download cars and TVs yet, but you can now download a country. Or at least, its replica. Employees at the Danish Ministry of the Environment’s Danish Geodata Agency recreated their country in Minecraft. The replica ended up consisting of 4 trillion blocks. Come on LEGO! This is a challenge! Accept it! 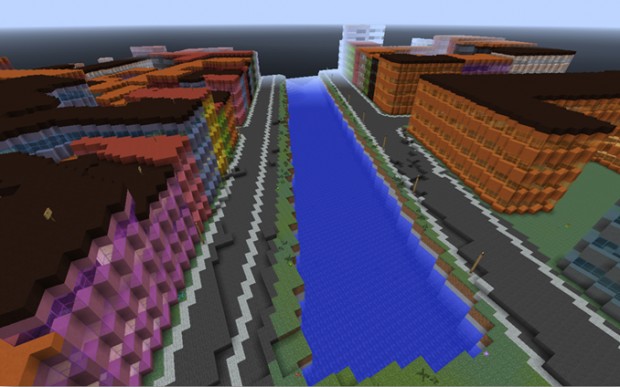 Here’s YouTuber Bokoen1 flying over a part of the replica – his hometown Nakskov.

The Danish Geodata Agency split Denmark into three servers, which it will host until October 23, 2014. If you want to own Denmark forever, you can also download the map. It weighs in at 1TB, but downloading that is much more preferable than invading the country itself.