It’s not a myth that everyone uses Google all of the time. If you’re constantly using Google, then you’ll like the fact that it might soon be possible to access the “OK, Google” voice assistant feature from anywhere on your Android phone. 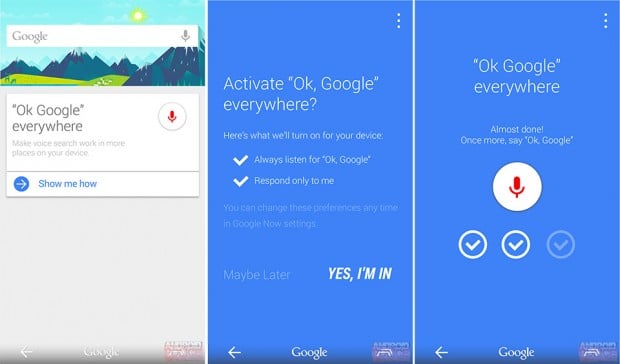 The OK, Google functionality is handy, but you currently have to be on your home screen or in the Google Search app for it to work. It allows you to perform searches, set reminders, set alarms, and more. New rumors indicate that it might be making its way into apps, providing app-specific voice commands. Your phone would be constantly listening to you for this activation phrase, and then could provide contextual commands inside individual apps. What’s not clear is if the already existing commands would also be available from within apps, or just app-specific commands.

[via Android Police via gigaOM]