Two 20-year old students of the Birla Institute of Technology and Science in Goa, India are working on a device that aids in learning Braille. Sanskriti Dawle and Aman Srivastav’s Project Mudra – mudra means “sign” in Sanskrit – is a device powered by the Raspberry Pi, with custom software made using Python. 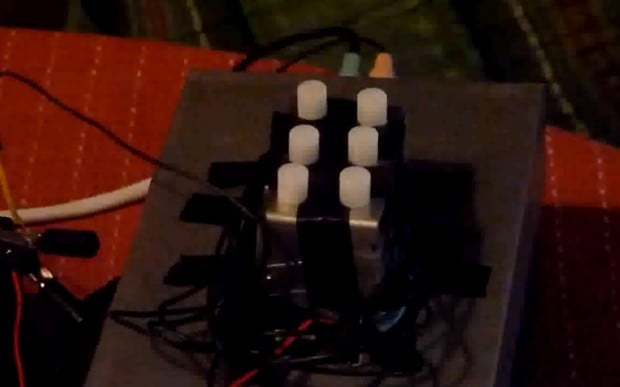 The current Project Mudra prototype has six pins that stand for the dots on a Braille block. Its software has a couple of modes. One mode lets the user dictate a letter or a number through a headset. The user’s voice will be sent to Google’s speech API to be identified, after which the appropriate pins will be raised to form the Braille character for the spoken letter or number. This approach allows the user to learn at his or her own pace. In the second mode, Project Mudra recites a set of characters through an audio ouput – say, the letters of the alphabet – while moving the pins accordingly.

Sanskriti and Aman are also working on a third mode that will test the user’s aptitude. In that mode, Project Mudra will form a Braille character, which the user will have to identify through voice input. By once again tapping into Google’s speech API, the device will be able to identify if the user’s answer is correct. You can skip to around 1:30 and again at about 5:00 in the video below to see the Project Mudra prototype in action.

Sanskriti and Aman presented Project Mudra at the 2014 PyCon and are currently working on improving their device.