I do all the cooking at my house because my wife can’t cook. My son used to cry if she cooked breakfast because she once set the bacon on fire. You only get to burn bacon once in my house before you are fired. If you like to cook, but you aren’t sure exactly how long you need to cook stuff to be sure you don’t die from some sort of parasite, you need the GKILO. 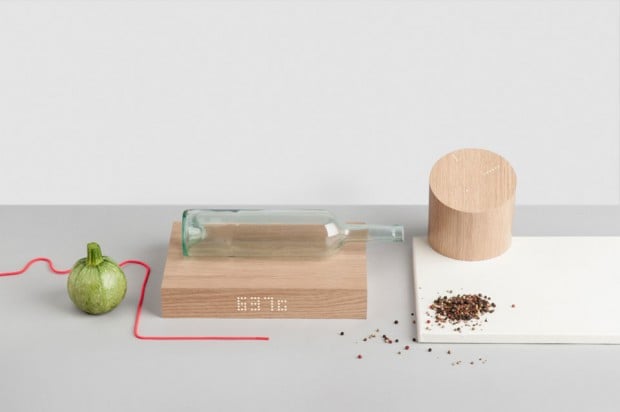 The faux woodgrain GKILO and its little companion called the CLOGK are products that are currently raising funds on Indiegogo. The GKILO is an internet connected web scale. You tell it what you are weighing and it figures out from the web how long you need to cook it based on its weight. To make things even easier, it can automatically set the timer function on the companion CLOGK kitchen timer for you. Both devices are controlled using gestures. The GKILO also doubles as a clock when you flip it over, which makes me wonder why it doesn’t double as a kitchen timer instead.