A computer keyboard allows gamers to have hundreds of commands at their fingertips, but its input is binary – you’re either pressing on a key or you’re not. Analog controls like joysticks on the other hand can only handle a few commands at a time, but they can have several degrees of the same input. You can make a character walk, jog and then sprint by varying the pressure you apply to a joystick. The Aimpad combines the strengths of a keyboard and an analog controller. 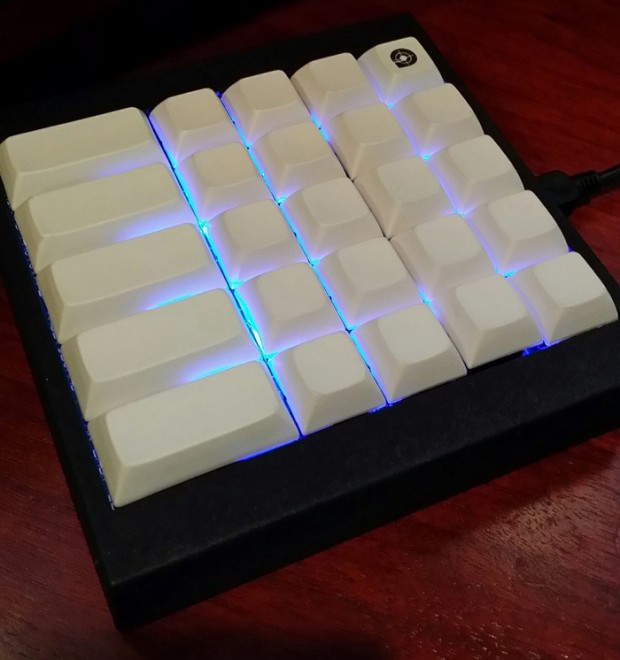 As you can see, the Aimpad looks like a smaller keyboard, but even with its limited keys it still has more inputs than a standard gamepad. To give it analog input, the production model of Aimpad will have an infrared LED and an infrared sensor under the plunger of each key. Those two will help measure how far down the key is being pressed.

The Aimpad will come with a license for a software called Pinnacle Game Profiler (PGP), which will handle the key or command mapping.

Slightly click this link to Kickstarter and pledge at least $119 (USD) to receive an Aimpad and a PGP license as a reward.